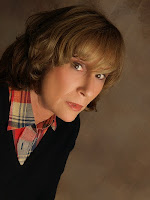 Please tell our readers a little about yourself?

Having spent some 30 years in the corporate world, writing everything from political encyclopedias to technical documentation, I retired a few years ago to travel and write fiction.  Since that time, I’ve visited some 50 countries on four continents, and have written five books –one that will remain hidden away in a bottom drawer. Thursday Morning Breakfast (and Murder) Club, the first mystery I wrote, is published by Sartoris Literary Group and is available for purchase.

I live most of the year in Hollywood Florida, close to the beach, with my two Lhasa Apsos, Mattie and Jakey, where I own a vacation rental business. The rest of the year, when I’m not traveling, I live in Pen Mar, MD, a small mountain village, not unlike my fictional town of Mount Penn.  Since I’m outdoorsy, and love to hike, bike, swim, and play, both locations suit me well.

My two sons, sprinkled around the US, have both played key roles in getting Thursday Morning Breakfast (and Murder) Club out. Todd, Publisher of the Jackson Free Press, Jackson, MS, and author of some forty computer books, is my literary agent. Brian, a radio program manager and on air celebrity in Wilmington, NC, is my media guru. I have one grandson, Owen, who lives with his mom in Wisconsin.

Tell us about the book

Thursday Morning Breakfast (and Murder) Club is an American village mystery, with a younger, feistier, Miss Marple-like protagonist, named Lillie Mae Harris as the leader of the club. In some ways I’ve mimicked a traditional British village mystery, but have given it an American flare.  The Thursday morning breakfast club, a group of village ladies, has been meeting in Mount Penn, my fictional mountain village on the eastern slope of the Appalachians, in rural Maryland, for many years. News of neighbors and local events, and gossip have been the main topics of discussion at the weekly gatherings. But when murder comes to the village, and one of their own is arrested for the crime, they ban together, despite differences and misgivings, to make things right again. Thursday Morning is a story about friendship, community, and love, written in a traditional who-done-it style.

What made you choose this particular setting for your book?

I have a summer house in Pen Mar, Maryland, a small mountain village on the eastern slope of the Appalachians, a community that is not unlike Mount Penn, the setting for my book. I love the area, it’s scenery, it’s people, and it’s history. Once a grand railroad resort in the late 1800’s, the Pen Mar Resort was destroyed with the advent of the automobile, and the subsequent destruction of the railroad system in the early 20th century.  Although Pen Mar has reluctantly come into the 21rst century, it still has this special feeling of community that used to be rural America. I wanted to recapture this feeling, and reintroduce this amazing place to the rest of the world.

Which authors had the most influence on your writing and who would you say your writing style most resembles?

Agatha Christie has influenced my work, as has Georgette Heyer, authors whose books I have read, many times over, since I was very young. I’ve always loved the way Christie and Heyer use ensembles of characters in plotting and solving crimes, and I have attempted to do a bit of the same in my books. While Lillie Mae Harris has some of the characteristics of a younger, feistier, more modern Miss Marple, she is also very different from Miss Marple. Her motives are the same, but her methods are unique to her.

Other characters in Thursday Morning, while living in the modern world, have traits and attributes that are characteristic of an earlier era – they emit an aura of innocent, and in that innocence, richness.  Because of this dash of naiveté, my characters, while trying to adapt and contend with a changing world as it invades their idyllic village and threatens their status quo, also strive to keep their village as it’s always been.

Louise Penny and Jan Karon are contemporary authors who have influenced me greatly. I love their use of quirky, yet lovable characters, and their unerring commitment to community. The British writer, Ann Granger, has also influenced my work.

What’s next for you?

I’m currently writing my third Thursday Morning Breakfast Club mystery. My second one is in the done pile, and hopefully, will be released in or before early 2014.  I also have another mystery series that I’d like to publish, but I’m not going to tease you with what its’ about.

My grand epic, not even nicknamed yet, set in 1920s Pen Mar against the advent of the mass produced automobile and the demise of the railroads, is under construction. Henry Ford is a central character. This book, based on a lost history, is going to be so much fun to research and write, and, I hope, equally fun to read.

Where can we buy the book?

Thursday Morning Breakfast (and Murder) Club is available as a paperback and ebook on Amazon, July 5th, 2013. Release dates for other platforms will be announced at a later date.

Please stay in touch with me at www.lizstauffer.com, or on Twitter, Facebook and Goodreads. I look forward to your feedback.

THANKS for your comments, Liz.


I haven't read this book, but it sounds interesting.