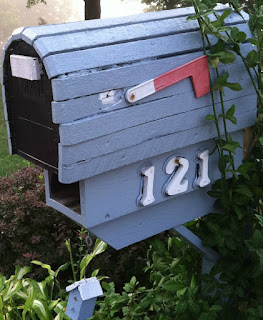 Mailbox Monday is the gathering place for readers to share the books that came into their house last week.

Here’s a shout out to the administrators:

Leslie of Under My Apple Tree
Serena @ Savvy Verse And Wit
Martha of Reviews By Martha's Bookshelf
***************
THANKS to everyone for keeping Mailbox Monday alive.

I had a FABULOUS book mail week!!

Book Mail is the BEST....so excited!!

On Thursday, January 24, I received:

1.  THE OYSTERVILLE SEWING CIRCLE by Susan Wiggs, courtesy of William Morrow via Edelweiss.

2.  NEVER HAVE I EVER by Joshilyn Jackson, courtesy of William Morrow via Edelweiss.

On Friday, January 25, I received:

1.  THE FAMILY NEXT DOOR by Sally Hepworth, courtesy of Katie Bassel of St. Martin's.

I have read this earlier....the review is in the book's title.

1.  I INVITED HER IN by Adele Parks, courtesy of Emer Flounders of Harper Collins.

2.  ONCE A LIAR by A. F. Brady, courtesy of Emer Flounders of Harper Collins.