Giveaway of The Chef's Secret by Crystal King


“A veritable feast for the senses, The Chef's Secret is part mystery, part love story, and all sumptuous sixteenth century Italy. This tale of one of the world's first celebrity chefs—Bartolomeo Scappi, a DaVinci of Renaissance cuisine—sent me on a quest to know more, and to my kitchen to experiment—a sign of a great historical novel. Readers will delight in a plot as juicy as Scappi's braised beef!” —Heather Webb, author of Last Christmas in Paris
************

“Crystal King’s The Chef’s Secret is a fabulous immersion in the world of Renaissance Italy, full of passion, intrigue, secrets, danger, and of course food. Come hungry!” —Melodie Winawer, author of The Scribe of Siena
************
“In The Chef’s Secret, Crystal King serves up a delectable read stuffed with passion, danger, and a plot worthy of Dan Brown. This fast-paced, engrossing novel brings Renaissance Rome and the Vatican to life through the eyes of a famous papal chef. You won’t be able to put it down.” —Stephanie Storey, author of Oil and Marble
************
“The Chef’s Secret is a sumptuous buffet, serving up a love story (two of them!); mystery and suspense so thick you could cut it with, well, a chef’s knife; and such a vibrant panorama of Ancient Rome you’ll feel you’ve walked its streets and inhabited its kitchens. Anyone who loves history, food, a great story—read this novel! Warning: it will make you hungry.” —Jenna Blum, New York Times and international bestselling author of Those Who Save Us and The Lost Family

The Chef’s Secret by Crystal King is a captivating novel of Renaissance Italy detailing the mysterious life of Bartolomeo Scappi, the legendary chef to several popes and author of one of the bestselling cookbooks of all time, and the nephew who sets out to discover his late uncle’s secrets—including the identity of the noblewoman Bartolomeo loved until he died.

When Bartolomeo Scappi dies in 1577, he leaves his vast estate—properties, money, and his position—to his nephew and apprentice Giovanni. He also gives Giovanni the keys to two strongboxes and strict instructions to burn their contents. Despite Scappi’s dire warning that the information concealed in those boxes could put Giovanni’s life and others at risk, Giovanni is compelled to learn his uncle’s secrets. He undertakes the arduous task of decoding Scappi’s journals and uncovers a history of deception, betrayal, and murder—all to protect an illicit love affair.

As Giovanni pieces together the details of Scappi’s past, he must contend with two rivals who have joined forces—his brother Cesare and Scappi’s former protégé, Domenico Romoli, who will do anything to get his hands on the late chef’s recipes.

With luscious prose that captures the full scale of the sumptuous feasts for which Scappi was known, The Chef’s Secret serves up power, intrigue, and passion, bringing Renaissance Italy to life in a delectable fashion.
**********
About the Author: 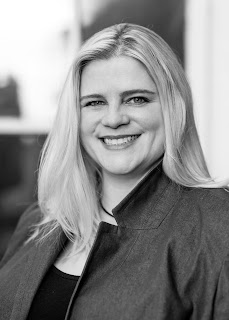 Her writing is fueled by a love of history and a passion for the food, language, and culture of Italy.

She has taught classes in writing, creativity, and social media at several universities including Harvard Extension School and Boston University, as well as at GrubStreet, one of the leading creative writing centers in the US.

A Pushcart Prize–nominated poet and former co-editor of the online literary arts journal Plum Ruby Review, Crystal received her MA in critical and creative thinking from UMass Boston, where she developed a series of exercises and writing prompts to help fiction writers in medias res.

She resides in Boston but considers Italy her next great love after her husband, Joe, and their two cats, Nero and Merlin. She is the author of Feast of Sorrow.

GIVEAWAY:
I am partnering with Megan Rudloff of Simon & Schuster for this giveaway.

OUR WINNER IS:  MICHELLE FROM SOUTH CAROLINA