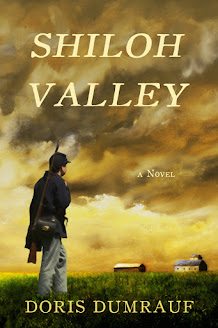 BY DORIS DUMRAUF
************
Information in this post is courtesy of the author.
Ms. Dumrauf is looking for bloggers/reviewers who may want to read and review her book.
E-mail me, and I'll send her your information.
***********
ABOUT THE BOOK:
Shiloh Valley is a powerful depiction of the choices we make in pursuit of our dreams, and the sacrifices we bear to make them a reality.
Rhenish-Bavaria, 1849: Revolution is sweeping across the province, changing the lives of three young people from different social classes forever.
Desperate for freedom and adventure, and trapped in a profession he hates, nineteen-year-old Martin Dupree eagerly joins the rebels. When his own father causes the revolution to flounder, Martin turns to America for deliverance.
Katrin Weber, adored by Martin but betrothed to a man she does not love, boldly leaves home to strike out on her own until a tragedy suddenly ends her hard-won independence.
Drafted into the rebel army, Katrin’s brother Nikolaus wants nothing more than to return to the comfort of his small family farm. But life has other plans, forcing him and Katrin to likewise seek their destiny in America. It isn’t all milk and honey, as the America of the 1850s is breaking apart over the question of slavery, forcing the young immigrants to make difficult choices.
From the vineyards of the Rhine Valley to the banks of the Mississippi, from rebel skirmishes to the battlefields of the Civil War, Shiloh Valley follows their quest for freedom and struggle for survival.
************
ABOUT THE AUTHOR: 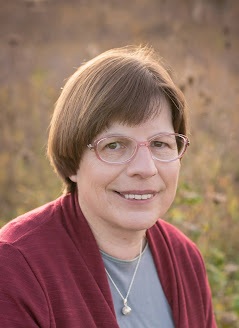 PHOTO CREDIT:
Nicole MC Photography
Doris Dumrauf is an award-winning author and bird photographer. She grew up in the Cold War era West German state of Rheinland-Pfalz, a region with a long history of emigration resulting from poverty and political turmoil. She was inspired to write Shiloh Valley following a trip to American sites of German settlements and an article about the revolution of 1849. Since moving to the United States in 1995, Doris has published nonfiction articles, her novel Oktober Heat, and two nature books. She divides her time between writing, nature photography, and public speaking.

Create Your Own Backyard Wildlife Habitat

Life in a Wetland