Scandal, secrets, and revenge collide in this delicious read, one of White’s best novels yet.


The hardcover was widely praised upon its release, including by….

-Durham Herald-Sun:  “[White] brings characters to life so well that you would expect to recognize Sugar on the street.”

KAREN WHITE, the New York Times bestselling author of over 20 beloved novels, has given her devout readership a new type of story – now in paperback.

With a plot worthy of Shonda Rhimes and a cast of characters made for Desperate Housewives’ Wisteria Lane, THE NIGHT THE LIGHTS WENT OUT (Berkley Trade Paperback Reprint; March 27, 2018; $16) brings a glinting new edge to White’s signature fusion of complicated family relationships, evocative prose, and picturesque southern locales.

In THE NIGHT THE LIGHTS WENT OUT, recently divorced Merilee Talbot Dunlap moves with her two children to Sweet Apple, Georgia. But her new beginning isn’t helped by an anonymous local blog that reveals for the whole town the scandalous affair that caused her marriage to fail. And Merilee’s new landlord, the proud, irascible, Atlanta born-and-bred 93-year-old Sugar Prescott, certainly isn’t helping.

But off Sugar’s property, Merilee finds herself swallowed into Sweet Apple’s most elite ranks—its inner circle of wealthy school moms—thanks to her blossoming friendship with town belle Heather Blackford. But behind the tennis whites, shiny SUVs, and immaculate women, lurk generations of secrets and resentments. And Merilee quickly learns that, in a town where appearance is everything, sins and secrets can be found in equal measure in the dark woods on Sugar’s property, and within the gated mansions of her newfound friends . . .

“PLUMBS THE DEPTH OF HUMANITY, OF LIFE AND DEATH AND TRAGEDY AND PERSERVERANCE” The Herald Sun •

“CHARACTERS WITH DEPTH” The Fayetteville Observer • 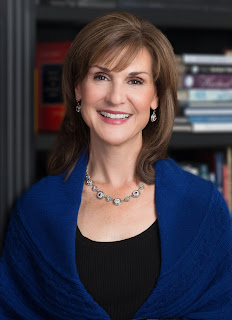 Karen White is the New York Times bestselling author of more than twenty novels, including the Tradd Street series, The Night the Lights Went Out, Flight Patterns, The Sound of Glass, A Long Time Gone, and The Time Between.

She is the coauthor of The Forgotton Room with New York Times bestselling authors Beatriz Williams and Lauren Willig. She grew up in London but now lives with her husband and two children near Atlanta, Georgia.
************

A new town, a new home, a friend you really don't want, a blog that tells the town's gossip, and Merilee has to deal with all of this along with her divorced husband and his pregnant girlfriend.

Living in Sweet Apple, Georgia, seemed like a good town to start over and for the most part it was.

Merilee was renting a house on the property of the town's oldest citizen, Sugar Preston.  Sugar was portrayed as anything but sweet, but actually she was.

Merilee and Sugar became friends and shared stories from Sugar's childhood that made sense as to why Sugar was the way she was.

Sugar and quite a few town residents had secrets, and now that Merilee arrived in town, the anonymous blog writer had more ammunition for her daily posts and Southern sayings.

As Sugar knew, there were more people in this town that had better stories than Merilee had.  Sugar's past was a soap opera in itself and filled with stories but no one dared to tell them except Sugar herself and many stories were told for the first time to Merilee.

Totally and completely enjoyed the characters and the story line of THE NIGHT THE LIGHTS WENT OUT.  Sugar was very lovable, Merilee was sweet, and I didn't like Heather from the minute I met her.

Readers of women's fiction will again be transported back to the days of Southern ​hospitality and then brought back to current day with women who keep secrets and have everything and like to flaunt it.

Ms. White has done it again with a marvelous story filled with wonderful characters with Southern charm​.  If you have ever read any of Karen White's books, you will love this book just like all of her books and not want to put the book down.

I have LOVED all of Ms. White's books, but this has to be my all-time favorite. 5/5​

This book was given to me free of charge and without compensation by the publisher in return for an honest review.
************
The Giveaway:

I am partnering with Penguin Random House for this giveaway.

CONGRATS TO HEATHER FROM NEW YORK!!