Spotlight and Giveaway of Encounters Unforeseen by Andrew Rowen

Photo Source
************
Chris Gorman of Books Forward is celebrating the release of: 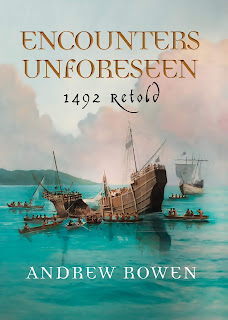 Kirkus Indie Review: “Rowen’s research—a combination of scholarly investigation and travel conducted over six years—is nothing less than breathtaking. The sensitivity and originality of his portrayals are equally impressive, avoiding the trap of simply retelling a familiar tale from an exclusively European perspective or casting the explorers as nothing more than rapacious colonialists.”


Most literature relating the history of Columbus’ voyage and first encounters with Native Americans focuses principally — whether pro- or anti-Columbus — on Columbus and the European perspective. Rowen’s historical novel now dramatizes these events from a bicultural perspective. It fictionalizes the beliefs, thoughts, and actions of the Native Americans who met Columbus and places their viewpoints alongside those of the explorer himself and other Europeans, all based on a close reading of Columbus’ “Journal,” other primary sources, and modern anthropological studies.
“Encounters Unforeseen” gives insight into the mindsets and backgrounds of key Taíno and European protagonists, including Columbus, Spain’s Queen Isabella and King Ferdinand, three historic Taíno chieftains — Caonabó, Guacanagarí, and Guarionex — and a Taíno captive seized by Columbus. Rowen’s portrayals of the Taíno protagonists presents them as neither victims nor statistics, but as personalities and actors comparable to the Europeans. Their side of the story is forcefully told.Rowen also explores stark social differences between Taínos and Europeans, including their religions, slavery, and notions of private property, and dramatizes the collision of Taíno spirits with Christ and the Virgin Mary. The novel carefully depicts conversations that primary sources indicate occurred, and Rowen weaves fascinating stories around documented incidents. “Encounters Unforeseen” presents a remarkably insightful and fresh look at one of the seminal events that reshaped the course of world history.
************
ABOUT THE AUTHOR: 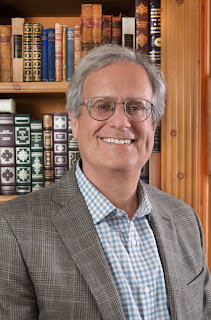 Photo courtesy of:
Andrew Rowen
Andrew Rowen is a U.C. Berkeley and Harvard Law graduate who practiced law as a partner of a major New York City law firm for almost 30 years prior to retiring to write his first novel, “Encounters Unforeseen: 1492 Retold.” He devoted six years to research and traveled to nearly all the Caribbean, European and Atlantic locations where the book’s action takes place, including the archaeological sites where the Taíno chieftains lived in Haiti and the Dominican Republic. He has long been interested in the roots of religious intolerance.
************
GIVEAWAY:

I am partnering with Chris Gorman of Books Forward for this giveaway: