Spotlight of How the Penguins Saved Veronica by Hazel Prior 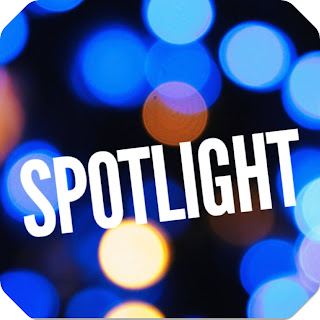 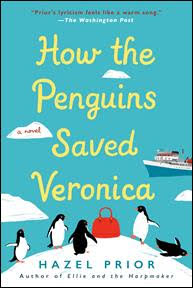 Information in this post is courtesy of Tara O'Connor of Berkley, Penguin Random House.
************

HOW THE PENGUINS SAVED VERONICA (Berkley Trade Paperback; On Sale June 16, 2020), is another whimsical, hopeful, and ever-so-wonderfully quirky story from beloved author Hazel Prior.

Fans of A Man Called Ove will be delighted by curmudgeonly heroine Veronica McCreedy, an 86-year-old on a quest to save the endangered Adelie penguins before it’s too late, and unexpectedly surprised by Patrick, the directionless grandson she never expected to need.
The author was inspired to write her protagonist, an elderly woman with lots of moxie and an unstoppable attitude, by the vivacious senior citizens she has known in real life, including a 90-year-old woman who learned to play the harp. Prior shows readers that it’s okay to dream—we might just fulfill our wildest fantasies and become better versions of ourselves when those dreams come true.
***********

ABOUT HOW THE PENGUINS SAVED VERONICA:

Prim and proper Veronica spends her days near the Scottish shore, cleaning up trash on the beach and subtly rolling her eyes at her asinine housekeeper, Eileen. All of her adult life has been spent trying to avoid dwelling on the tragic past she left behind—although Veronica has health, an abundance of wealth, and wit, she has been alone for a long time. Her only connections to her past are a box of diaries from when she was a teenager and a locket she keeps to remember those she loved and lost. And her sole joy in life comes from watching documentaries about the Adelie penguins, which, to her dismay, are rapidly heading towards extinction.

Veronica decides that now is the time to take action—for the penguins, and for herself.

Patrick is a grown man without a steady job, a girlfriend, a family, or much direction to speak of—so when 86-year-old Veronica McCreedy writes to him claiming to be his long-lost grandmother, and then shows up on his doorstep seeking connection, Patrick is majorly taken aback.

Veronica is less than impressed by the grandson she never expected to find—and so she chooses to set off to Antarctica on a wild mission to save the Adelie penguins all on her own. But when trouble comes calling, Patrick is dragged into Veronica’s great adventure—an experience that could ultimately change the course of both of their lives, and bring together a family in the process.
************
ABOUT THE AUTHOR: Photo Credit:
Martin Dearmun
Hazel Prior has had short stories published in literary magazines and has won numerous writing competitions in the UK. She is a harpist who lives in Exmoor, England, and Ellie and the Harpmaker was her first novel.
************