Spotlight of The Marriage Game by Sara Desai 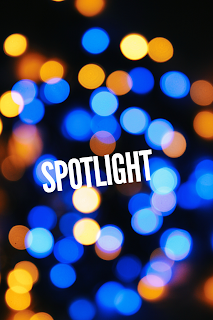 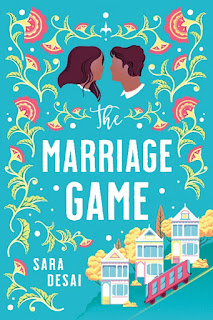 Information in this post is courtesy of Tara O'Connor of Berkley, Penguin Random House.
************

After some major life blows, Layla Patel moves back home. Her dad wants to help and offers her the space above his restaurant to start her new business... and also sets her up on a string of blind dates. In search of a quiet new office, Sam Mehta finds the perfect space above a cozy Indian restaurant. But when communication goes awry, he has to share the office with the owner’s beautiful yet infuriating daughter Layla and a parade of hopeful suitors. Sarcasm and sparks fly and they both start to realize that sharing the space, and their lives, could be exactly what they need.

Readers will laugh until they cry in this clever, fun-filled story overflowing with pop culture references, steamy romance, and delicious Indian cuisine. The chemistry between Layla and Sam feels so real and vibrant, and their witty banter will keep readers delightfully entertained and turning each page to see what happens next.
***********

ABOUT THE MARRIAGE GAME:

Layla Santos, daughter of first-generation immigrants from India, has found herself in one bad romantic rendezvous after the next, the last of which culminated in a royally catastrophic break-up, complete with a viral video capturing Layla’s less-than-wonderful response to the situation. Quickly finding herself single, jobless, and despondent, Layla returns to San Francisco, where her parents run a Michelin-starred Indian restaurant.
Layla’s dad only wants the best for his little girl—so of course, he lets her use the office above the restaurant to try her hand at starting her own business. He also secretly signs her up for IndianGirlMatch.com, the perfect place to find a suitable husband. When her dad suddenly falls ill, Layla becomes determined than ever to launch a successful new business and make him proud.
Enter Sam Mehta, also a child of Indian-American immigrants and the self-made CEO of a corporate downsizing agency. When Sam arrives at the office space he rented (which just so happens to be located above a Michelin-starred Indian restaurant), he’s surprised to find the owner’s daughter, Layla, has already settled in. Sam is not about to give up his prime real estate without a fight.
The pair become fast enemies—until a seemingly random suitor comes calling for Layla, the girl he was matched with on a dating site. Utterly confused, Sam and Layla soon learn about Layla’s father’s game of Cupid—and that he has agreed to meet with a number of hopeful matches for his daughter. Sam agrees to accompany Layla on these dates—until an office romance changes all the rules.
***********

THE MARRIAGE GAME is the first in a new OwnVoices romance series from Sara Desai, who also writes under the name Sarah Castille. Sara Desai has been a lawyer, a radio DJ, a historian, a bouncer and a librarian.

She lives on Vancouver Island with her husband and three children.