This Dark Road To Mercy by Wiley Cash

No mother, a deadbeat dad, a foster home, and then a kidnapping.

Easter and Ruby were placed in a foster home after their mother died since their father, Wade, had signed them away many years ago. But now he wanted them back. Wade was bad news all around.

Easter followed all the rules and Ruby followed whatever Easter said.  Both girls will steal your heart because of their innocence and sweet ways. Their father will make you worry.

Mr. Cash has a smooth, absorbing, detailed style of writing that pulls you in. The suspense of the book begins when Wade decides to do something stupid...well many stupid things.

All of the characters have a lot of charisma that make THIS DARK ROAD TO MERCY a book you don't want to put down. It tells the tale of families, life in a small town, the town's problems, and its police force.

I really enjoyed THIS DARK ROAD TO MERCY which was filled with Southern-style emotion and suspense.  Don't miss reading this book.  5/5

A war, a woman, and memories plagued Edward for years and became more intense after he and his wife went back to France for a dedication ceremony for the company he was in during WWI.

UNRAVELLED goes back and forth from past to present revealing feelings, desires, and regrets. The characters are likable but not lovable. Edward does the unthinkable when he is in France and ruins his life as well as his wife's life.

UNRAVELLED is the perfect title for this book because of the war and the personal situations that cause people to become undone. You will share the pain of losing a family member or a friend to war or to infidelity and coping with the loss along with the characters.

The author did a marvelous job researching both WWI and WWII and brought the characters' feelings in all situations masterfully to the surface. The war information dragged on a bit despite the themes of marriage and infidelity even though the wars and what they do to the survivors, the wounded, and families left with or without their loved ones was the main emphasis.

If you enjoy love and war which actually can't be separated, you will enjoy UNRAVELLED.  I honestly have to say it was good, but it also lacked some pizzazz - it seemed to run on an even keel without too much suspense.  I skimmed through some sections.

UNRAVELLED was good, but needed to be a bit shorter and not as detailed with the war information.  If you enjoy detailed war strategies, though, you will definitely enjoy UNRAVELLED.   3.5/5

Authors' Gifts To Characters In Their Books 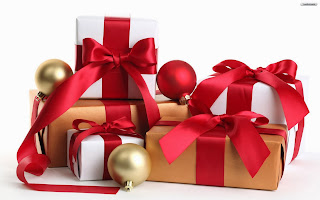 My favorite answers are from my two favorite Atria authors:

**********
Renee Carlino: If I could buy one of my characters a Christmas gift, I would buy Will Ryan from Sweet Thing an autographed guitar from Johnny Cash, one of his favorite musicians . . . or plane tickets to come and see me.

Paul Cleave: I’d buy Joe Middleton a copy of Parenting For Dummies now that he’s a dad. I think it’d be helpful for him to know which way a nappy goes around, though really the best advice would be to kidnap himself a nanny.

Posie Graeme-Evans: Freya (from The Island House) needs a proper waterproof backpack for hiking the cliff path on her island in Scotland. I’d also get her a sheepdog puppy for the sheep she’ll have over there one day.

Abbi Glines: Jess (from Misbehaving) some pajamas. She so needs to stop wearing her crazy ex-boyfriend’s tee-shirts.

William Kent Krueger: I’d buy Waaboo, Cork O’Connor’s little grandson, a Radio Flyer wagon.  I got one for Christmas when I was four years old, and I still remember it as the best Christmas present ever!

John Lescroart: I’d buy Dismas Hardy a fly rod and tell him to get out more.

Liza Marklund: Dessie, a Swedish journalist who is one of the main characters in my and James Patterson’s Postcard Killers, would get a really heavy, warm winter jacket. She’s from the north of Sweden poor thing, just like me, and she’s constantly freezing (just like me). She would really appreciate that present!

Gail McHugh: It’d be a muzzle for Olivia. Although I love her to pieces, that girl spouts whatever jumps into her head the second it does, no matter who it offends. It’s like she can’t control herself.

Randy Susan Meyers: I would get Juliette, from The Comfort of Lies, a duplicate of Alicia Florrick’s wardrobe from the television show The Good Wife—because she deserves it and I want it, and I can do anything I want in my imagination, right?

Jodi Picoult: I’d buy Anna from My Sister’s Keeper ice hockey equipment.  She always wanted to play but wasn’t allowed because it could effectively compromise her ability to donate to her sister.  But if anyone understands the meaning of living in the moment, it’s her…and she deserves to make one perfect goalie’s save.

Spencer Quinn: I’d get Chet – the canine narrator of the series (but not a talking dog!) – a Slim Jim. He loves them!

K. A. Robinson: I would buy Drake a new guitar.

M. J. Rose: I would buy Jac L’Etoile a new watch.  She wears her mother’s watch because “her mother ran “out of time” and it makes me sad to think of Jac still haunted by her mother’s suicide. So I’d buy her this watch with a note that said – “it’s time for your own magic to shine.”