The Request by David Bell

Everyone wants something from Ryan.

One wants money, one wants his time, and the worst request is from his friend, Blake.

After he is forced into following through on the request, things became even worse.

We follow Ryan as he avoids the police and looks for Blake who is no where to be found and as Ryan tries to find the person who murdered a friend of Blake's.

Many bizarre things happen, lies come to the surface, and Ryan's family is in danger.  What hold could Blake have had over Ryan to keep him under his thumb.

I wanted to tell Ryan to wake up and stop listening to Blake.

Tension abounds from the opening page and doesn’t stop until you turn the last page. You can just feel something sinister is going on from the start.

Mr. Bell knows how to keep up your blood pressure and keep you turning the pages.

THE REQUEST is a thriller fan's smorgasbord.

Mr. Bell included everything you need to keep you on the edge of your seat, keep you up late, and keep you guessing incorrectly.  5/5

Her Last Flight by Beatriz Williams

HER LAST FLIGHT is another beautifully detailed book telling the story of two pilots, Irene Lindquist and Sam Mallory.

It is also about Janey Everett, a war correspondent/photojournalist, who is trying to get the story of Sam Mallory out of Irene who has hidden herself from the public.

The book smoothly moves back and forth between 1928 to 1947 telling the background stories of each character.

The characters are likeable for the most part, and pull you into the story.

HER LAST FLIGHT is a mesmerizing read and difficult to put down simply because of Ms. Williams' writing style and storytelling skills.

Historical fiction fans, aviation fans, and fans of Beatriz Williams will not be disappointed in this lush tale of passion, loss, and determination. 5/5

THE BOOK OF LOST NAMES by Kristen Harmel - review will be on July 22 - finished on June 28.

FANTASTIC AND IMPRESSIVE....DO NOT MISS READING THIS BOOK

THE LOST AND FOUND BOOKSHOP by Susan Wiggs - review will be on July 7 - finished on June 2. 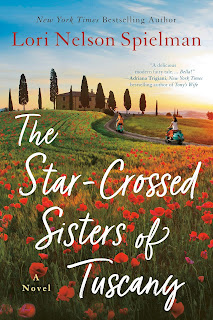 THE FIRST TO LIE by Hank Phillippi Ryan - review will be on August 5.

LOUISIANA LUCKY by Julie Pennell - review will be on August 7.

WHEN I WAS YOU by Amber Garza - review will be on August 31.

DON'T LOOK FOR ME by Wendy Walker - review will be on September 15.

THE THREE MRS. WRIGHTS by Linda Kerr - review will be on September 30.