THE LOST DUCHESS by Jenny Barden 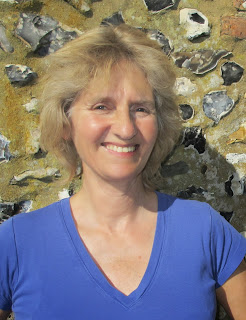 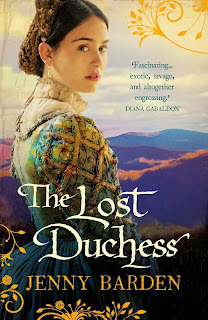 Elizabeth, I'm immensely grateful to you for giving me the opportunity to say a few words about my forthcoming release, The Lost Duchess.

I hope this novel will be of interest to your followers in the US since it concerns the mystery surrounding the ill-fated 'Lost Colony' of Roanoke and the attempt to found the very first permanent English colony in America. I'm delighted to offer a giveaway to anyone reading this who might like the chance of owning a first edition signed copy of the book in advance of almost everyone else in the States, since the book will be first published by Ebury Press (part of the Random House group) in the UK and elsewhere. To enter, simply leave a comment below, and I'll leave Elizabeth to announce the winner in a week's time. Here's what my publishers have to say about the novel:

An epic Elizabethan adventure with a thriller pace and a high tension love story that moves from the palaces of England to the savage wilderness of the New World.

Emme Fifield has fallen about as far as a gentlewoman can.
Once a lady-in-waiting to Queen Elizabeth, her only hope of surviving the scandal that threatens to engulf her is to escape England for a fresh start in the new America where nobody has ever heard of the Duchess of Somerset.

Emme joins Kit Doonan's rag-tag band of idealists, desperados and misfits bound for Virginia. But such a voyage will be far from easy and Emme finds her attraction to the mysterious Doonan inconvenient to say the least.

As for Kit, the handsome mariner has spent years imprisoned by the Spanish, and living as an outlaw with a band of escaped slaves; he has his own inner demons to confront, and his own dark secrets to keep...

Ever since Sir Walter Raleigh's settlement in Virginia was abandoned in 1587 its fate has remained a mystery; 'The Lost Duchess' explores what might have happened to the ill-starred 'Lost Colony' of Roanoke.

The book will be released on 7 November in hardback, as an ebook and trade paperback, with the mass market paperback to follow in the summer of next year.

I hope that this link will be of use to anyone in the US wanting a copy:

In researching this novel I travelled to Roanoke Island in North Carolina, the Outer Banks and all around the Pamlico Sound, to Puerto Rico and the sites of the Elizabethan palaces in London, England. This is where the story begins, in the Palace of Richmond that was razed to the ground after the English Civil War leaving only a few relics such as this Gate House dating back to 1501. 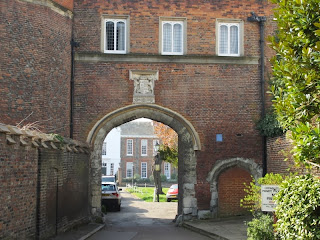 Sir Francis Drake returned in triumph here, following his raid on Santo Domingo in the Caribbean, bearing news of Sir Walter Raleigh's garrison left on Roanoke which Drake evacuated following a hurricane. Imagine passing through this gate to hear what he has to say...

The next expedition to Roanoke would carry ordinary men, women and children. They would be intent on founding an enduring community and remaining in the New World all their lives.

Their vision is now shared by almost everyone who lives in the USA today.

Thank you very much for taking the time to read this.