In celebration of the release of the paperback edition of THE SILENT SISTER by Diane Chamerlain, Katie Bassel of St. Martin's is sending a copy to one lucky USA winner in this giveaway.

Entry form is at the bottom of the review.  Good Luck!! 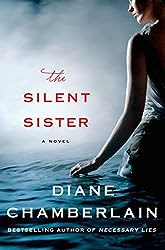 Three children...and ​then there were two.  All was hush, hush about how that happened, and Riley didn't find out why until after both her parents had passed away.

As Riley was cleaning out her parents' home, talking to different neighbors, and talking to folks her father had left things to in his will, she had her share of surprises and shocking revelations.

THE SILENT SISTER has twists that keep you turning the pages as you learn of  secrets that had been kept for years and secrets that only a few folks knew about. How could anyone keep a secret like that?  How could anyone live his/her entire life worrying that the secret might accidentally be revealed?

The characters were well developed, but a lot of them were unlikeable.  Riley was a likeable character because she had to deal with everything, and she was  the character that had to deal with these​ secrets alone.  Danny, her brother, was not likeable at all.  He was too unpredictable.  Riley's parents were not active characters and to me not likeable​, but they, especially her father, carried the storyline and its suspense.

I always enjoy Ms. Chamberlain's books, and this was no exception.  THE SILENT SISTER is an intriguing read with a ​perfec​t ​​title and a storyline filled with riveting ​incidents that were divulged.

The secrets, the betrayal, and the ending are superb.  Don't miss reading THE SILENT SISTER.  5/5

This book was given to me free of charge and without compensation by the publisher in return for an honest review.​ 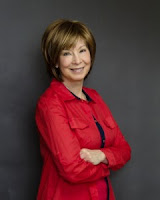 
ONE Entry Per Reader Please