The Trust by Ronald H. Balson

Being away from Ireland for 16 years had not eased the feelings a few of Liam Taggert's cousins had for him.

Liam had moved to Chicago from Ireland 16 years ago on bad terms, and now that his uncle had been murdered, he returned for the funeral.

What Liam returned to was his being chosen as the Trustee of his uncle's will and a task that was both dangerous for Liam as well as his family.  There were a lot of stipulations set in the last will and testament for distribution of the estate as well as hard feelings because Liam had been out of touch and was now in charge.

Liam now wished he hadn't answered that phone call not more than a week ago.  If he had ignored it, he may not be in the legal predicament he was put in by his uncle nor the danger it was causing the entire family both in Ireland and the United States.

Being Trustee carried a lot of responsibility as well as legalities family members didn't want to understand. The family also couldn't understand why Liam wouldn't break the rules and tell them the details of the last will and testament of Uncle Fergus.

To further complicate things, the Taggert family was getting threats and notes indicating payback time. No one was sure who was murdering members of the Taggert family, but forty years of hatred, vengeance, and fighting still ran deep among the Northern Ireland residents.

The Taggert family was an interesting lot, and the murders and family mystery were intriguing.

THE TRUST is beautifully written and so well written that you smoothly move along and become captured in the story line and the characters.

If you enjoy books set in Ireland, mysteries, murders, and family drama, you definitely do not want to miss reading THE TRUST.

I truly enjoyed the book and found it difficult to put down. ​ 5/5

The information below including the photo is courtesy of Staci Burt and St. Martin's. 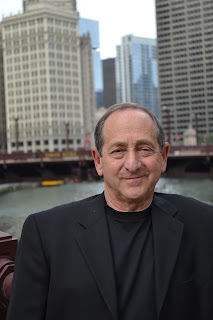 RONALD H. BALSON is a Chicago trial attorney, an educator and writer. His practice has taken him to several international venues.

He is also the author of Karolina’s Twins, Saving Sophie and the international bestseller Once We Were Brothers.

"A heart-wrenching...triumphant story." —The Chicago Tribune on Karolina’s Twins


“Secrets, friendships, survival, and the Holocaust are woven together in Ronald H. Balson’s haunting Karolina's Twins.”—Family Circle on Karolina’s Twins


“A new look at an old story…will stay with you long after you have finished it.” —The Huffington Post on Once We Were Brothers


“Uplifting and moving, intelligently written…an unusual insight into human character.” —Library Journal, starred review on Once We Were Brothers


“A page-turning read filled with despair and anger but with hope, love, and humanity at its core.” —Jewish Book Council on Saving Sophie

Karolina's Twins and Once We Were Brothers were both riveting, engaging reads.  Both are reviewed on my blog