Spotlight and Giveaway of MOLOKA'I and DAUGHTER OF MOLOKA'I

Brennert’s debut novel, Moloka’i was a book club sensation and national bestseller. His readers have long asked for a follow-up and he has finally answered the call.

DAUGHTER OF MOLOKA’I returns to the world of his first book, revisiting the characters and locations that made Moloka’i such a success and introducing a host of new characters that readers will fall in love with.
************
St. Martin's is Celebrating The Release With Giveaways Of Both Books for ONE lucky reader: 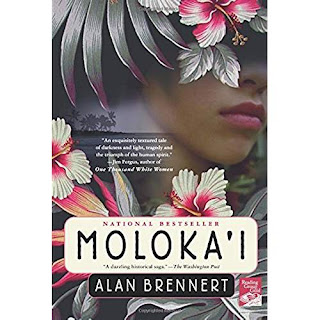 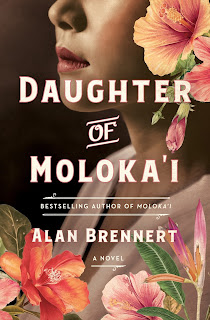 
“Moloka'i is a haunting story of tragedy in a Pacific paradise.” —Robert Morgan, author of Gap Creek

“Alan Brennert draws on historical accounts of Kalaupapa and weaves in traditional Hawaiian stories and customs.... Moloka'i is the story of people who had much taken from them but also gained an unexpected new family and community in the process.” —Chicago Tribune

This richly imagined novel, set in Hawai'i more than a century ago, is an extraordinary epic of a little-known time and place---and a deeply moving testament to the resiliency of the human spirit.


Rachel Kalama, a spirited seven-year-old Hawaiian girl, dreams of visiting far-off lands like her father, a merchant seaman. Then one day a rose-colored mark appears on her skin, and those dreams are stolen from her. Taken from her home and family, Rachel is sent to Kalaupapa, the quarantined leprosy settlement on the island of Moloka'i. Here her life is supposed to end---but instead she discovers it is only just beginning.

With a vibrant cast of vividly realized characters, Moloka'i is the true-to-life chronicle of a people who embraced life in the face of death. Such is the warmth, humor, and compassion of this novel that "few readers will remain unchanged by Rachel's story" (mostlyfiction.com).
**********

Praise for DAUGHTER OF MOLOKA'I:

“Emotional, gripping...[a] deeply moving novel. In Brennert’s skilled hands, Ruth’s story is powerful and urgent.”
—Publishers Weekly
“Compellingly told and strikes all the right emotional notes... A historically solid, ultimately hopeful novel about injustice, survival, and unbreakable family bonds.”—Booklist
************
ABOUT DAUGHTER OF MOLOKA′I:
DAUGHTER OF MOLOKA'I is a richly emotional story about personal discovery and the bonds of family.
It is also an unfortunately timely story. The anti-immigrant sentiment growing in certain sectors of U.S. society today mirrors unfounded fears about Japanese immigrants in the early 20th century.
There are sobering parallels between the internment of 110,000 Japanese Americans during WWII and the children and families who are now being detained and separated at the southern U.S. border.
Through Brennert’s deeply realized characters and vivid prose, readers will feel the injustice and prejudice that still runs rampant in contemporary society. They will also be swept up by a powerful, and ultimately, triumphant story.
************
About the Author: 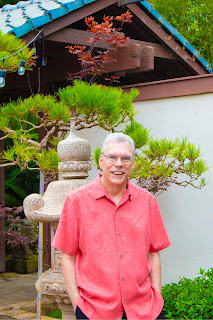 Alan Brennert.Author Photo.Credit David Wells
*************
ALAN BRENNERT is the author of Honolulu and Moloka′i, which was a 2006-2007 BookSense Reading Group Pick and won the 2006 Bookies Award for the Book Club Book of the Year.

He won an Emmy Award and a People’s Choice Award for his work as a writer-producer on the television series L.A. Law, and he has been nominated for a Golden Globe Award and for the Writers Guild of America Award for Outstanding Teleplay of the Year.