Spotlight of The Alchemy Thief by R. A. Denny

THE ALCHEMY THIEF is a sweeping tale of hope and resilience that spans the Atlantic from New England to Morocco during the Golden Age of Piracy.

************
PRAISE FOR THE ALCHEMY THIEF:
*****Wow!  This book stole my heart.
*****The historical details are so interesting and well researched! I couldn't put it down and highly recommend it!
*****Peri and Daniel are delightful characters. Quite a fun book, and very well written.
*****I ended up enjoying this book. A lot. I’m a big fan of GOOD historical fiction, and this book is certainly that.
*****I can only imagine the amount of research this took. Huge kudos to R.A. Denny

ABOUT THE ALCHEMY THIEF:

When the secrets of the past threaten to destroy the future.

A tale of hope, resilience, and the indomitable spirit of a woman, this sweeping epic spans the Atlantic from New England to Morocco during the Age of Exploration.

2019: A young woman finds a relic engraved with a mysterious symbol off the coast of Martha's Vineyard. Terrorists in Morocco steal a 17th-century book engraved with the same symbol. As the woman struggles to unravel the secrets behind the symbol, her life changes in ways she could never have imagined.

1657: Transported back in time, she meets the alchemist, John Winthrop, Jr., who is plotting to lure the greatest scientific minds to the New World. But the more she learns, the more she fears for the lives of the loved ones she left behind.

In a stunning twist of fate, a modern terrorist has traveled into the past where he has become a Barbary Corsair. He has plans of his own. And he will stop at nothing to succeed. 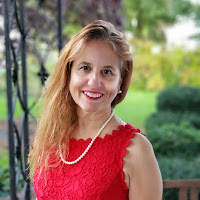 R.A. Denny is the author of two historical fiction and five fantasy novels.  Readers have described her books as deep, spirited, and imaginative.

R.A. Denny started writing epic novels when, after watching the first Hobbit movie, she began excitedly spouting off information about C.S. Lewis and J.R.R. Tolkien’s writer’s group called the Inklings. One of her sons commented, “We could do that.” She laughed. Then he turned it into a challenge. Her unexpected journey had begun.

For several years, she continued her day job as a criminal prosecutor and escaped by night to the world of the Tzoladian Empire. Then she decided to just do what she loved.

After completing her five-book epic fantasy series, Tales of Tzoladia, which reflects her love of ancient history, she began writing Pirates and Puritans, a historical fiction/time travel series based in 17th-century New England and Morocco.

R.A. received her law degree from Duke University.  Her interests include history, nature, and games. When she’s not writing, she enjoys horseback riding, swimming, and kayaking. She has two wonderful sons who share her interest in creative projects, one adorable grandson, and another due any day.

An adventurous traveler, R.A. enjoys swimming, kayaking, and horseback riding.  She delights in pursuing creative projects with her two adult sons and playing with her two young grandsons.