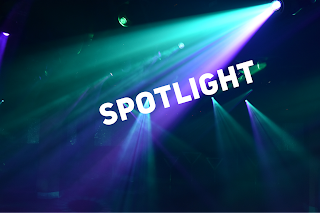 AUDREY BURGES
************
ALL INFORMATION IN THIS POST IS COURTESY OF CHELSEA PASCOE | PUBLICIST | BERKLEY | PENGUIN RANDOM HOUSE
************
Perfect for fans of books with a touch of magical realism, like Natalie Tan's Book of Luck and Fortune by Roselle Lim, The Invisible Life of Addie LaRue by V. E. Schwab, and The Particular Sadness of Lemon Cake by Aimee Bender.
Readers will love this unique story that centers on a miniature house with deep historical roots and special connections.
Audrey is an accomplished writer who has stories published in McSweeney's, Hobart Pulp, Pithead Chapel, Cease, Cows, HAD, Into the Void, and numerous other outlets.
************
January 24, 2023
Berkley Trade Paperback Original
Contemporary Romance; Magical Realism
************
PRAISE FOR THE MINUSCULE MANSION OF MYRA MALONE:

“The Minuscule Mansion of Myra Malone is a refreshing and unique entry into the genre of mystical realism. Quirky and scarred yet very authentic characters populate this richly told tale of friendship, family, and timeless love.”—Karen White, New York Times bestselling author

“This creative, engaging debut weaves together an unusual family legacy, a romance between two lonely souls, and a touch of magic in the form of a tiny mansion that seems to know what's best for everyone.” —Booklist

“This well-written novel with heart-warming characters is perfect for fans of magical realism by the likes of Sarah Addison Allen and Isabel Allende.”—Library Journal

ABOUT THE MINUSCULE MANSION OF MYRA MALONE:

The story: From her attic in the Arizona mountains, thirty-four-year-old Myra Malone blogs about a dollhouse mansion that captivates thousands of readers worldwide.

Myra’s stories have created legions of fans who breathlessly await every blog post, trade photographs of Mansion-modeled rooms, and swap theories about the enigmatic and reclusive author.

Myra herself is tethered to the Mansion by mysteries she can’t understand—rooms that appear and disappear overnight, music that plays in its corridors.

Across the country, Alex Rakes, the scion of a custom furniture business, encounters two Mansion fans trying to recreate a room.
The pair show him the Minuscule Mansion, and Alex is shocked to recognize a reflection of his own life mirrored back to him in minute scale.
The room is his own bedroom, and the Mansion is his family’s home, handed down from the grandmother who disappeared mysteriously when Alex was a child.
Searching for answers, Alex begins corresponding with Myra. Together, the two unwind the lonely paths of their twin worlds—big and small—and trace the stories that entwine them, setting the stage for a meeting rooted in loss, but defined by love.

Her presence is tolerated by her two rambunctious children and very patient husband, all of whom have become practiced at making supportive faces when she shouts, “listen to this sentence!”

She is a frequent contributor to numerous humor outlets, including McSweeney’s, and her stories and essays have appeared in Pithead Chapel, Cease, Cows, and lengthy diatribes in the Notes app on her phone.

Audrey was born and raised in Arizona by her linguist parents, which is a lot like being raised by wolves, but with better grammar.

She moved to Virginia as an adult but still carries mountains and canyons in her heart, and sometimes, when she closes her eyes, she can still smell ponderosa pines in the sun.