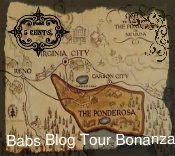 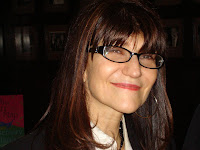 Welcome to The Big Apple Flower Show where more than just the plants are dying.

Paula Holliday reluctantly agrees to man the exhibit booth for a reclusive garden sculptor at a legendary northeast flower show and she expects a quiet weekend sharing garden tips. She doesn't expect to be knee-deep in jealousy, rivalry, horticultural sabotage, beheaded gnomes and something the loose community of gardeners has started referring to as the Javits Curse!

The mishaps start out small but the uneasiness intensifies when an overeager attendee is found floating in the river and Paula realizes she accidentally holds the clue to his identity and the reason for his murder. And so does the killer. That's when the garden gloves come off and this flower show turns into a real Slugfest!

This time out Paula is joined in the sometimes crazy (and neurotic) subculture of conventions and the "show" circuit by a colorful cast that includes:

Rolanda "Fort" Knox, a no-nonsense security guard, Guy Anzalone, Brooklyn's Tumbled Stone King and his wife Connie whose fake nails and high heels don't keep her out of the garden, J.C. Kaufman, a feisty senior who never leaves home without her weapon of choice, some snooty garden club ladies who never get dirty and a slick marketing guy hawking the hottest new product at the flower show - Slugfest, a foolproof pest repellant that people and companies are dying to get their hands on.

Making cameo appearances are Paula's friends from the first three books in the series, former rock and roller and owner of The Paradise Diner, Babe Chinnery, and best pal, Lucy Cavanaugh, who lends Paula a memorable red dress that keeps getting her in and out of trouble!

Rosemary Harris is a native Brooklynite, born in Fort Greene and raised in Flatbush like some of the characters in her upcoming book, The B-tches of Brooklyn.  The author of the Dirty Business mystery series featuring amateur sleuth Paula Holliday, Rosemary's debut novel, the Agatha and Anthony-nominated, Pushing Up Daisies (Minotaur), was followed by The Big Dirt Nap, Dead Head and Slugfest. She is past president of Mystery Writers of America's NY Chapter and Sisters in Crime's New England Chapter.

What made you want to write this series?

After I got the idea for the first book, I thought it would be fun to continue to have my gardener character dig up all sorts of dirt in my fictional Connecticut town.

What is your favorite part of writing?

Writing The End! Although all writers know that writing The End is actually more like The Middle.
Do you have an unfavorite part?

I hate giving up the manuscript. I always think of something good to put in after I'm told there can be no more changes!

Which one of the characters is most like you?

I'd like to say Babe, because she is the coolest character, but I'm probably more like Paula.  She's solid, works hard, a good friend and in a pinch can defend herself!

Do you have a TBR pile and what are some of the books?

I do indeed and it's threatening to tip over. I've yet to read Val McDermid or Anne Perry, so they're in my stack.  I also have a few Kate Atkinson books to catch up on.  I loved Case Histories.

CONTACT INFORMATION and WHERE TO BUY THE BOOK:
She blogs with seven other mystery writers at www.jungleredwriters.com.