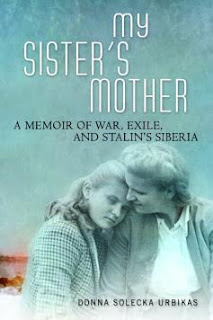 ALL INFORMATION IN THIS POST IS COURTESY OF THE PUBLISHER AND THE AUTHOR.

Donna’s story, My Sister’s Mother, has just been named a finalist in the Chicago Writers Association’s 2016 Book Awards! It’s a unique and compelling story that will capture the interest of many.

Donna Urbikas' half-sister Mira was five when she and her mother Janina were taken from their small family farm in eastern Poland and shipped to a hard-labor camp in Siberia amid the turmoil of World War II.

That shared experience of war and exile created a bond between mother and daughter—an exceptionally close relationship that Donna, born years after the war and raised in the Midwest, would struggle to achieve with either of them.

Yet, despite Donna's comparatively privileged upbringing in postwar America, the events of war-torn Europe cast a long shadow on her life. She grew up fascinated by stories of wartime deprivation, but at the same time drawn to mainstream America and the elusive dream of a "normal" American family.

In the years that followed, Donna lived through ordeals of her own as she first coped with cancer and then watched a son struggle with the same disease. In her own way, she realized, she was also a survivor, like her mother and sister.

In My Sister's Mother Urbikas recounts Janina's arrest in Poland, the grueling journey to Siberia with her young daughter Mira, the hunger and sickness that attended their life in the camps, and their refuge in Persia, India, England, and finally the United States. Interweaved with her mother's and sister's memories of their past are the author's own experiences—less dramatic, to be sure, but also requiring reservoirs of inner strength.

At the broadest level, this is the story of a woman trying to reconcile her identity as a first-generation American with her awareness of herself as a second-generation survivor of World War II and its tremendous upheavals. 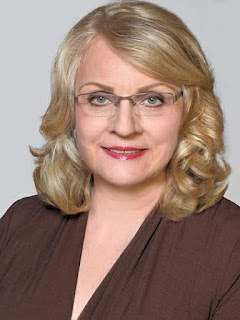 Born in Coventry, England, Danuta or “Donna”Urbikas immigrated to the USA with her parents and sister, the subjects of the book, in 1952, settling in Chicago, Illinois, and growing up in the Polish community.  After attending Catholic grade schools and a public high school in Chicago, she graduated from the University of Illinois—Chicago Circle with a degree in biology and began teaching high school biology.
In 1976, she took her first trip to Poland to meet relatives and explore her parents’ home towns.  On the cusp of the Solidarity Movement, her movements were restricted by the Communists and the trip became a significant life experience.  Later, she graduated from the Illinois Institute of Technology, Chicago, Illinois, with a Master’s Degree in Environmental Engineering.
The author has published her thesis, technical articles, worked as a teaching and research assistant and served as president of the Society of Women Engineers in Chicago, participating in numerous public speaking engagements.  She went on to work as an environmental engineer and project manager in charge of water and wastewater compliance at coal and nuclear power plants and as an industry spokesperson.
The author is a cancer survivor, currently working as an Illinois Licensed Real Estate Broker, community volunteer, and writer, living in Chicago with her husband.
********
WAYS TO CONTACT THE AUTHOR
https://danutaurbikas.wordpress.com
Facebook URL:  https://www.facebook.com/profile.php?id=100008391876134
Twitter:
LinkedIn:  https://www.linkedin.com/pub/donna-urbikas/12/1b2/1b3
********
WAYS TO BUY HER BOOK