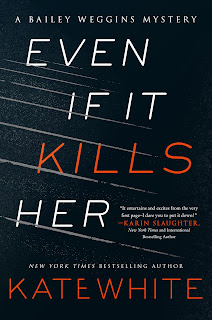 In this twisty, scary, page-turning whodunit, Bailey sets out to find the real killer of her friend's entire family.
Bailey Weggins’ good friend in college, Jillian Lowe, had everything going for her. Pretty, popular, and whip-smart, she lit up any room that she walked into.
All of that dramatically changed during her sophomore year, when a neighbor became unhinged and murdered her family. Jillian immediately left school, and, ever since, Bailey has felt guilty for not staying in closer contact and being a greater support to her friend.
Now, sixteen years later, Bailey is shocked to see Jillian at her book event, and even more surprised when her still-stunning friend approaches her with a case. The man accused of murdering her family is on the brink of being cleared of the crime through new DNA evidence. With the real killer walking free, Jillian is desperate for Bailey’s help to identify him and allow her the closure she yearns for.
The two women return to Jillian’s childhood town to investigate, and it doesn’t take long for their sleuthing to cause shock waves. Someone starts watching their every move.
As they uncover deeply guarded secrets, so shocking that they make Jillian rethink her entire relationship to her family, Bailey and Jillian find themselves in great peril. They must decide just how much they’re willing to risk to finally discover the truth about the Lowe family’s murder. 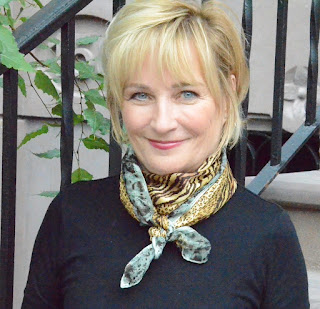 The final deadline is October 28.

You'll find the Bailey Box information right here: https://www.rafflecopter.com/rafl/display/a078c0961/
*********
And Kate is sharing one chapter of EVEN IF IT KILLS HER a week for six weeks, 100 pages in all, before the book is published, for those who join her reader list (or who are already on it!). Check that out here: http://www.writerspacenews.com/subscribe/subscribe.html
*********

REVIEWS:
“White builds suspense masterfully, and this seventh in the Bailey Weggins series (after So Pretty It Hurts, 2012) has the makings of another hit. Bailey is a smart, sexy sleuth, and her exploits make for thoroughly entertaining reading.”  —Michele Leber, Booklist

“Compulsively readable and skillfully plotted, EVEN IF IT KILLS HER is Kate White’s dynamic return to the Bailey Weggins series.” – Karin Slaughter, New York Times and International Bestselling Author

I am partnering with Harper Collins and Nancy Berland Publications, Inc., for this giveaway