Giveaway and Spotlight of Written in Blood By Layton Green 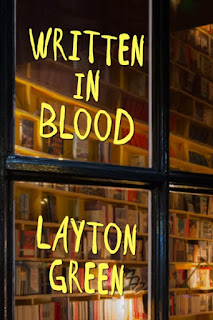 ***********
COMMENTS ABOUT THE BOOK:
The information below was provided by the author:

“Written in Blood provides the delights of a whodunit, with esoteric clues that refer cleverly to classic literary works, while, at the same time, offering the gritty sense of place and the kind of psychologically complex characters ordinarily associated with noir. These elements combine to make a smart page-turner, as dark and deep as the Carolina woods.”


—Gordon McAlpine, author of Hammett Unwritten and the Edgar-nominated Woman with a Blue Pencil

“Written in Blood combines bookishness and murder in brain-teasing ways, doubling the pleasure of a more conventional procedural. Fast paced and braided with twists, it’s terrific entertainment.”
—Andrew Pyper, #1 bestselling and ITW award-winning author of The Only Child and The Dem

Permission was given to me by the author to use the information below from Amazon to share the synopsis of his book.


Detective Joe "Preach" Everson, a prison chaplain turned police officer, is coming home. After a decade tracking down killers in Atlanta, and with a reputation as one of the finest homicide detectives in the city, his career derailed when he suffered a mental breakdown during the investigation of a serial killer who was targeting children.

No sooner does Preach arrive at home in Creekville, North Carolina--a bohemian community near Chapel Hill--than a local bookstore owner is brutally killed, the first murder in a decade. The only officer with homicide experience, Preach is assigned to the case and makes a shocking discovery: the bookstore owner has been murdered in exactly the same manner as the pawnbroker in Dostoevsky's Crime and Punishment.

With the help of Ariana Hale, a law student and bibliophile who knew the victim, Preach investigates the local writer's community. As their questions increase, a second body is found, this time eerily resembling the crime scene in a famous Edgar Allan Poe novella. Preach and Ariana realize that their adversary is an intelligent, literate killer with a mind as devious as it is disturbed--and that one or both of them may be his next target. 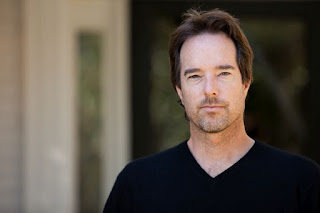 I have read books by Layton Green, and there is no lack of suspense.  :)

Layton is a bestselling author who writes across multiple genres, including mystery, thriller, suspense, horror, and fantasy.

He is the author of the popular Dominic Grey series, as well as other works of fiction. His novels have been optioned for film, nominated for multiple awards (including a finalist for an International Thriller Writers award), and have reached #1 on numerous genre lists in the United States, the United Kingdom, and Germany. Layton is also the co-editor of International Thrills, the online magazine of ITW (International Thriller Writers).In addition to writing, Layton attended law school in New Orleans and was a practicing attorney for the better part of a decade. He has also been an intern for the United Nations, an ESL teacher in Central America, a bartender in London, a seller of cheap knives on the streets of Brixton, a door to door phone book deliverer in Florida, and the list goes downhill from there.Layton lives with his family in North Carolina. You can also visit him on Facebook, Goodreads, or on his website (www.laytongreen.com).

CONGRATS TO PEARL and SUE EM