Spotlight and Giveaway of One Minute Out by Mark Greaney

Penguin Random House is celebrating the release of: 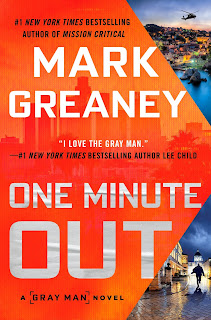 Information in this post is courtesy of Loren Jaggers of Penguin Random House.
*************

With each book Mark grows his legion of fans, especially those across all political spectrums, including Hugh Hewitt, who featured Mark in his on-air book club, and Senator Elizabeth Warren, who mentioned the series in a recent GQ.com profile.

The series has continuously drawn comparisons to the giants of the field including Brad Thor, Daniel Silva, and, of course, Tom Clancy. Certainly the Clancy comparisons are no surprise:  Mark co-wrote Clancy’s final three Jack Ryan thrillers before the venerable legend’s death and then carried the mantle for another four novels.
************
PRAISE FOR ONE MINUTE OUT:
“Remarkable….Spy thriller fans will be enthralled.”—Publishers Weekly, STARRED review
“Great storytelling about the pursuit of extrajudicial justice.”—Kirkus Reviews
************
ABOUT ONE MINUTE OUT:

For years, Court Gentry was the CIA’s best covert asset. Then, without warning, the agency put him at the top of its kill list. Court fled the country and became an enigmatic killer for hire known as the Gray Man. However, after a tense reconciliation, of sorts, Court begrudgingly finds himself working for his former government overseers.
In ONE MINUTE OUT, while on a mission to Croatia, Court uncovers a human trafficking operation. The trail leads from the Balkans all the way back to Hollywood. Court is determined to shut it down, but his CIA handlers have other plans. The criminal ringleader has actionable intelligence about a potentially devastating terrorist attack on the US. The CIA won't move until they have that intel. Court finds himself as the pivot of a moral balancing act.

This moral quandary becomes more engaging as this is the first Gray Man novel told in first person, which will finally allow fans of the series to dive into Court’s head and understand more of who he is and what he’s willing to do.
************
ABOUT THE AUTHOR: 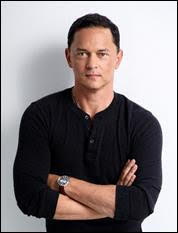 Mark Greaney has a degree in international relations and political science. In his research for the Gray Man novels, including Mission Critical, Agent in Place, Gunmetal Gray, Back Blast, Dead Eye, Ballistic, On Target, and The Gray Man, he traveled to more than fifteen countries and trained alongside military and law enforcement in the use of firearms, battlefield medicine, and close-range combative tactics.

He is also the author of the New York Times bestsellers Tom Clancy Support and Defend, Tom Clancy Full Force and Effect, Tom Clancy Commander in Chief, and Tom Clancy True Faith and Allegiance. With Tom Clancy, he coauthored Locked On, Threat Vector, and Command Authority.
Visit him online at www.markgreaneybooks.com.
************
GIVEAWAY:

Our winner is Elena from Texas.

Thank you to all who entered.

I am partnering with Loren Jaggers of Penguin Random House for this giveaway: