Spotlight and Giveaway of Tidelands by Philippa Gregory

Lisa Sciambra of Simon and Schuster is celebrating the paperback release of: 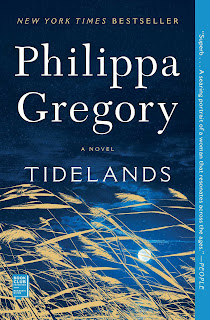 Information in this post is courtesy of Lisa Sciambra of Simon and Schuster.
************
This New York Times bestseller from “one of the great storytellers of our time” (San Francisco Book Review) turns from the glamour of the royal courts to tell the story of an ordinary woman, Alinor, living in a dangerous time for a woman to be different.

Kirkus Reviews said, “this is Gregory par excellence. A promising start to a family saga about ordinary people.”

And People Magazine called it "superb...a searing portrait of a woman that resonates across the ages." The next book in the series, Dark Tides, will be available in December 2020.
************

“This is Gregory par excellence. A promising start to a family saga about ordinary people.”


“A gripping novel…with her usual meticulous attention to detail, the author easily elicits the chaos and dangers of the mid-17th century…this book will leave readers eagerly awaiting the next installment in the series. Fans of Gregory’s works and of historicals in general will delight in this page-turning tale.”


“History buffs and Gregory’s fans alike will be anticipating the next installment.”


“Richly detailed and brimming with secrets (personal and political), Tidelands is a captivating portrait of a brave woman and a compelling start to a new series.”


“The first in a planned series, Tidelands has moved on from the Tudor and Plantagenet era of Gregory’s previous novels, and the author crafts her material with effortless ease. Her grasp of social mores is brilliant, the love story rings true and the research is, as ever, of the highest calibre.”
–Daily Mail

On Midsummer’s Eve, Alinor waits in the church graveyard, hoping to encounter the ghost of her missing husband and thus confirm his death. Until she can, she is neither maiden nor wife nor widow, living in a perilous limbo. Instead she meets James, a young man on the run. She shows him the secret ways across the treacherous marshy landscape of the Tidelands, not knowing she is leading a spy and an enemy into her life.

England is in the grip of a bloody civil war that reaches into the most remote parts of the kingdom. Alinor’s suspicious neighbors are watching each other for any sign that someone might be disloyal to the new parliament, and Alinor’s ambition and determination mark her as a woman who doesn’t follow the rules. They have always whispered about the sinister power of Alinor’s beauty, but the secrets they don’t know about her and James are far more damning. This is the time of witch-mania, and if the villagers discover the truth, they could take matters into their own hands.
************
ABOUT THE AUTHOR: 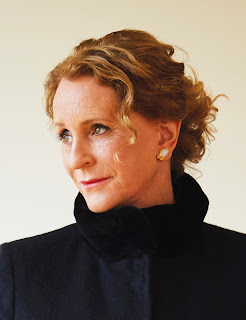 Philippa Gregory is the author of many New York Times bestselling novels, including The Other Boleyn Girl, and is a recognized authority on women’s history. Many of her works have been adapted for the screen including The Other Boleyn Girl. Her most recent novel, The Last Tudor, is now in production for a television series. She graduated from the University of Sussex and received a PhD from the University of Edinburgh, where she is a Regent.

She founded Gardens for the Gambia, a charity to dig wells in poor rural schools in The Gambia, and has provided nearly 200 wells. She welcomes visitors to her website PhilippaGregory.com.

Congrats to:  Kami from Florida!!

I am partnering with Lisa Sciambra of Simon and Schuster for this giveaway: