Spotlight: A Universe of Two by Stephen P. Kiernan

Information in this post is courtesy of Lisha Samuel of Wunderkind PR.
***********
The release of UNIVERSE OF TWO will coincide with the 75th anniversary of the Hiroshima and Nagasaki bombings and Kiernan’s carefully researched novel zeroes in on the creation of this weapon of mass destruction, the moral dilemma each scientist and mathematician faced, the consequences of their actions, and their ultimate drive for redemption. In reality, it was far more complicated.
************
ADVANCED PRAISE FOR UNIVERSE OF TWO:
“Kiernan (The Baker’s Secret, 2017) movingly charts a couple’s relationship alongside the development of WWII’s Manhattan Project… Kiernan recreates the zeitgeist of America leading up to the atomic bomb on a national and personal level: the eager anticipation of wartime’s end, the grimly fascinating science, and the growing sense of guilt and dread. Simultaneously tender and hard-hitting, this riveting story offers much to reflect upon.”
—Booklist
"General readers and those interested in the time period will enjoy this brutally honest novel by the author of The Baker’s Secret.”
—Library Journal
“Universe of Two by Stephen P. Kiernan skillfully educates, entertains and enlightens as great historical fiction should. This masterfully researched and exquisitely told story of one man’s struggle of conscience is a fictionalized account of the life of Charles Fisk, a gifted young mathematician who was drafted to build the detonator for the atomic bomb.”
—The Boston Globe
“Stephen P. Kiernan writes with heart and humor. Both Brenda and Charlie are flawed and interesting, dealing with the disruptions of young love and uncertain war. Kiernan manages to balance serious historical questions and ethical issues with lively characters, sharp dialogue, and marvelous historical detail… Kiernan uses the outline of Fisk’s story to ask his own questions about personal and national responsibility and explore conflicting attitudes among those who built the atomic bombs. A great read.”
—Historical Novels Review
“Stephen Kiernan has pulled off the nearly impossible, reminding us by wrapping a war story in a love story that although we hold the power for our own extinction, we also have the power to redeem, heal, and save.  The most tender, terrifying, relevant book you’ll read this year.”—Jenna Blum, New York Times bestselling author of Those Who Save Us and The Lost Family
“Rarely does historical fiction get everything so right as UNIVERSE OF TWO: compelling characters, faithful detail, a story packed with unexpected twists, and a sure, authentic voice that never wavers. In this novel of the dawn of the atomic age and its profound consequences, Stephen Kiernan leads us along a journey of conscience as complex and infinite as the science itself.”—Beatriz Williams, New York Times bestselling author of The Golden Hour

ABOUT UNIVERSE OF TWO - FROM THE AUTHOR:
Behind Universe of Two
The secret behind my new novel, Universe of Two, is that it is based on a real person. Four years ago, I read an essay in The Georgia Review about a man who worked on building the atomic bomb, and later went on to become a world-famous cathedral organ builder. I remember exactly where I was sitting, because I lifted my head and said out loud, “That is a novel.”
The man was named Charles Fisk. As I dug into his past, I realized there were numerous reasons that his story would not provide a coherent narrative. And so, I used two aspects of his life – bomb builder, organ maker; destroyer, creator – as the skeleton on which I built a fully-fleshed, fictional character.
Research for this novel was terrifying and fascinating. I read deeply on the technology of the bomb. I was hassled by Department of Energy officers when I traipsed all over Los Alamos. On the way home, airport security emptied my bags completely, inspecting my belongings item by item (with many questions about why I was carrying books about bombs).
Conversely, I stood inside the pipes and bellows of some of the finest organs in North America. I toured an organ factory. I received a private concert by the university organist at Harvard. Also, I had profound conversations with clergy and philosophers about conscience – especially how we recover when we have not followed its commands.
There were many surprises. The average age of the workers at Los Alamos, for example, was twenty-seven. Manhattan Project director Robert Oppenheimer was called “the Old Man,” and he was just thirty-nine. Most importantly, I learned that many people building the bomb had misgivings. They met on Sundays and debated whether to work the next day. Some resigned when Germany surrendered, because Japan had no bomb program to threaten the U.S. Hundreds of them signed petitions to President Truman, calling for the bomb never to be used on human beings. Till now, that story has gone untold.
August 2020 marks the 75th anniversary of the bombing of Hiroshima and Nagasaki. It is my fervent hope that Universe of Two will humanize the misgivings shared by the bomb’s architects, through its story of a man and woman trying to love one another while they are trapped in creating the strongest instrument of slaughter in human history.
—Stephen P. Kiernan, Author
************
ABOUT THE AUTHOR: 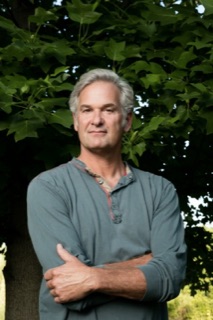 UNIVERSE OF TWO (May 2020) is Stephen P. Kiernan’s sixth publication, following the novels THE BAKER'S SECRET (2017), THE CURIOSITY (2013) and THE HUMMINGBIRD (2015), and two works of nonfiction, LAST RIGHTS (2006), and AUTHENTIC PATRIOTISM (2010).
Together with his work as a journalist, he has earned more than 40 writing awards, including the George Polk Award and the National Journalism Award (Scripps-Howard).

A graduate of Middlebury College, Johns Hopkins University and the University of Iowa's Writers Workshop, he has worked at the Breadloaf School of English and the Breadloaf Writers Conference.

A longtime board member of the Young Writers Project, he lives in Vermont.