SPOTLIGHT Of Wild Horses on the Salt 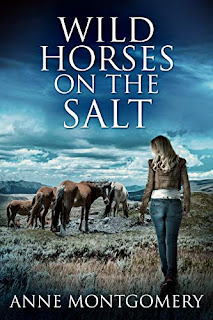 A woman flees an abusive relationship.

And finds hope in the wilds of the Arizona Desert.

Get copies HERE or HERE.

“Ms. Montgomery weaves an intricate parallel tale, portraying the struggles of one woman, and that of a lost wild stallion—both fighting to rise above the cruelty of an unkind world. Her unique writing style, incredible knowledge of her subject matter, combined with her ability to create vivid scenes of the East Valley, and particularly the Tonto National Forest and Salt River area in Arizona, takes the reader on a fascinating (and educational) journey.”

"A poignant story about domestic violence, the beauty of nature, and the plight of the wild horses of the Salt River, Wild Horses on the Salt is a powerful and moving read."

"If I've learned anything from this story, it's that there's still beauty to be found in the world even when you think you've reached your rope's end..."

“A powerful and moving book filled with the natural beauty of Arizona and its wildlife.  A wonderfully told emotional tale, it swept me away!”

“Fantastic page-turner. Fast-paced, adventurous, and thoughtful story of the survival of Becca’s wounded soul. Her struggles, experiences, passions, fears, healing, and the truth of her chilly silence are wonderfully portrayed.”

“A beautiful yet tragic story of healing.”

Rebecca Quinn escapes her controlling husband and, with nowhere else to go, hops the red-eye to Arizona.

There, Gaby Strand – her aunt’s college roommate – gives her shelter at the Salt River Inn, a 1930’s guesthouse located in the wildly beautiful Tonto National Forest.

Becca struggles with post-traumatic stress, but is enthralled by the splendor and fragility of the Sonoran Desert. The once aspiring artist meets Noah Tanner, a cattle rancher and beekeeper, Oscar Billingsley, a retired psychiatrist and avid birder, and a blacksmith named Walt.

Thanks to her new friends and a small band of wild horses, Becca adjusts to life in the desert and rekindles her love of art.

Then, Becca’s husband tracks her down, forcing her to summon all her strength. But can she finally stop running away? 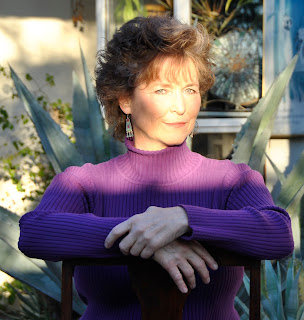 Her first TV job came at WRBL‐TV in Columbus, Georgia, and led to positions at WROC‐TV in Rochester, New York, KTSP‐TV in Phoenix, Arizona, and ESPN in Bristol, Connecticut, where she anchored the Emmy and ACE award‐winning SportsCenter.

She finished her on‐camera broadcasting career with a two‐year stint as the studio host for the NBA’s Phoenix Suns. Montgomery was a freelance and/or staff reporter for six publications, writing sports, features, movie reviews, and archaeological pieces.

Her novels include The Scent of Rain, A Light in the Desert, and Wild Horses on the Salt.

Montgomery taught high school journalism for 20 years and was an amateur sports official for four decades, a time during which she called baseball, ice hockey, soccer, and basketball games and served as a high school football referee and crew chief.

Montgomery is a foster mom to three sons. When she can, she indulges in her passions: rock collecting, scuba diving, musical theater, and playing her guitar.