Cover photo: Don Box, Elm Photography; Cover design: Frank Wegloski, Maximum Printing
************
ALL INFORMATION IN THIS POST IS COURTESY OF THE AUTHOR, MIM EICHMANN.
************
PRAISE FOR MUSKRAT RAMBLE:
Review by Wayne Turmel for Windy City Reviews:Muskrat Ramble is the ambitious story of a woman’s journey through the first half of the Twentieth Century. The novel follows Hannah Barrington, a woman damaged by racial prejudice, constricting social mores, and tumultuous changes in American Society as she tries to navigate the world with two small girls in tow, one white, one bi-racial.
Picking up after her first book, “A Sparrow Alone,” Hannah flees Missouri for New Orleans in hopes of finding a better life for herself and her girls. She arrives in a confusing world where race is divided into fractions, a single woman is at the mercy of unimaginable constraints, and a new style of music—Jazz—provides the soundtrack.
The book’s title comes from a ground-breaking recording by Creole jazz pioneer Edward (Kid) Ory. Hannah meets Ory when he’s still a young, unknown trombonist and their relationship intertwines again and again over forty years. The true story of his rollercoaster musical career provides touchpoints for Hannah’s own story, and he’s one of many real-life characters Hannah encounters.
The novel also chronicles the heroine’s encounters with the biggest events of the century such as life on the home front during the Great War, the outbreak of Spanish Influenza, and the migration of African Americans north to Chicago.
The author’s personal musical passion and expertise shines through in the way she documents the music and its characters. The intersection of jazz, classical music, and vaudeville is lovingly detailed. Hannah’s is not a simple story, and you’ll learn more about opera costuming, the music business in the Twenties, and the horrifying treatment (or lack thereof) for autoimmune diseases like encephalitis than you may expect. People who enjoy historical fiction for the details and to learn something they didn’t know will be richly rewarded.
This tale of one woman’s harrowing personal odyssey through half a century is not a breezy read, but worth the journey.
Review by James A. Ross, author of "Hunting Teddy Roosevelt":
Muskrat Ramble by Mim Eichmann is a must read for fans of historical fiction, New Orleans jazz and strong characters who overcome impossible odds to survive in a world hostile to their gender, class and race.Eichmann’s prose is a delight. Her use of patois and dialect is smooth and unobtrusive. The story covers a half-century of jazz history and incorporates a fair number of historical jazz figures. It’s a testament to Eichmann’s narrative skill that nothing in Muskrat Ramble feels like a background history lesson. This reader finished the tale wanting to know more.Muskrat Ramble is a fun, smart and absorbing read. Don’t miss it.
************
ABOUT MUSKRAT RAMBLE:
“Muskrat Ramble” transports the reader to 1913 New Orleans just as the exploding hot jazz music scene first captured the hearts of music lovers in that city and elsewhere.
Seamlessly threaded throughout Edward “Kid” Ory and his Original Creole Jazz Band’s incredible story of black musicians struggling within a culture dominated by the deadly-tightening Jim Crow laws, are the themes of World War I with its aftermath of economic disasters, political intrigues and pandemics, and the chances, choices, heart breaks and ultimate decisions of women of all races.
At its heart, however, “Muskrat Ramble” is the saga of a young widow, Hannah Owens Barrington, who in her unwavering devotion to the daughter she was forced to abandon at birth, relocates to New Orleans. From here we’re taken on a five-decade journey of historical events and their often-devastating consequences affecting Hannah, her Creole of Color friend Zuma Jackson, and their daughters Alice and Emma.
The odyssey moves from New Orleans to “The Stroll,” a unique black entertainment district heavily funded by Chicago gangster Al Capone during the 1920s, back to Colorado Springs where Hannah’s story first began. The book is the much-anticipated sequel to Eichmann’s “A Sparrow Alone” published in April 2020, although both novels are standalone works. 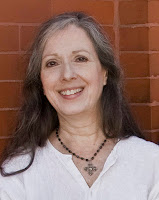 Photo Credit: Don Box, Elm Photography
A graduate from the Jordan College of Music at Butler University, in Indianapolis, IN, Mim Eichmann has found that her creative journey has taken her down many exciting, interwoven pathways.
For well over two decades she was known in the Chicago area primarily as the artistic director/choreographer for Midwest Ballet Theatre, bringing full-length professional ballet performances to thousands of dance lovers annually.
A desire to become involved again in the folk music world brought about the creation of her acoustic quartet Trillium, now in its 16th year, which performs throughout the Midwest and has released four cds. Among many varied music avenues she’s written the lyrics and music for two award-winning all-original children’s cds.
Several of Eichmann's short stories have either won or been finalists in international competitions during the last few years.
Her debut historical fiction novel, “A Sparrow Alone” was published by Living Springs Publishers in April 2020 and was a semi-finalist in the Illinois Library Association's Soon-to-be-Famous Project Competition in September 2020. “Muskrat Ramble” will be released on March 23, 2021 by Living Springs Publishers and is the sequel to “A Sparrow Alone”.
Please take a moment to visit her author website at www.mimeichmann.com