Spotlight of House of Glass Hearts by Leila Siddiqui 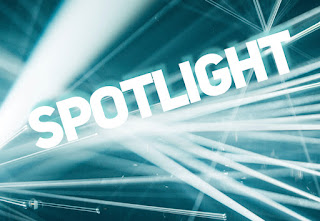 LEILA SIDDIQUI
************
ALL INFORMATION IN THIS POST IS COURTESY OF JODIE HOCKENSMITH OF JH PUBLIC RELATIONS.
************
Leila Siddiqui’s ambitious debut novel takes readers into an event from history that is little-known to western audiences – the Partition of India and Pakistan following WWII.
Seamlessly blending the experience of a modern teen from an immigrant family with a lesser-known myth and a forgotten piece of WWII history, HOUSE OF GLASS HEARTS explores how the horrors of the past continue to shape the lives of South Asians around the world and heralds the arrival of an exciting new voice in YA fiction.
HOUSE OF GLASS HEARTS (Yali Books; September 30, 2021)
************
PRAISE FOR HOUSE OF GLASS HEARTS:

A BuzzFeed Best Book of September 2021!

“This stunning debut is sure to entertain.” — BuzzFeed

ABOUT HOUSE OF GLASS HEARTS:

While both Pakistan and India celebrate the August 15th anniversary as their Independence Day every year, the truth of what happened on that day in 1947 is much more complicated.
It was one of the largest migrations in human history - a violent and historic event where tens of millions of Hindus and Muslims had to crossover to Pakistan if they were Muslim, or to India if they were Hindu or Sikh.
The death toll has been estimated to be between 200,000 to two million people, but the event itself is shrouded in mystery in our western culture.
Siddiqui, who was born and raised in the United States, grew up understanding and celebrating her Pakistani roots, but with little idea that her family’s origins were actually in Kanpur, in present-day India, or that her grandparents were among those who had been forced to flee their homeland with whatever belongings they could carry, to set up a new life in the newly created nation of Pakistan.
Siddiqui wrote about Pakistan’s Independence Day for the Daily News recently - see it HERE and she drew on her fascinating family history to create HOUSE OF GLASS HEARTS.

The book tells the story of Maera, a teenager, living in America, whose brother went missing during a family trip to Karachi ten years ago.

Maera lives with her mother, and her brother’s disappearance, along with her parents’ subsequent divorce is one of the subjects they don’t discuss, ever.

But then Maera’s grandfather dies in Pakistan, and a mysterious greenhouse, one that Maera recognizes as her his, magically appears overnight in the family’s backyard.

Maera becomes convinced that the greenhouse is the key to unlocking her family’s secrets – and perhaps recovering her long-lost brother.

Part magical realism, part horror, part history, HOUSE OF GLASS HEARTS is told in two intertwined narratives.
The first, a quest featuring Maera and her friends attempting to discover the mysteries of the greenhouse, and the second, unraveling the story of Maera’s grandfather – known to her as a bitter, angry old man – and the night he was forced to flee India with his teenage love, a night that would alter the entire course of his family’s history. 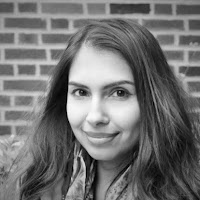 Leila Siddiqui is a Chicago-born Texan who calls New York home. She currently works in publishing in the marketing department.

She is a horror film devotee and when not writing spends her time fawning over her very floofy cat.

She lives with her partner in Queens, and House of Glass Hearts is her first novel.