The Night Of The Party by Anna-Lou Waverley 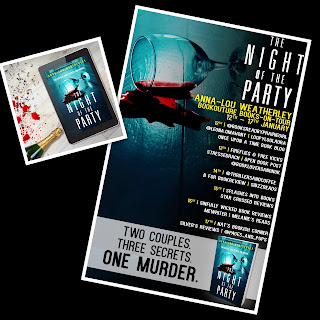 She lied to me.

It can’t be her body they found. Libby went to a concert with her friend and said she would be home by 10:30.

Unfortunately Libby was not who they thought she was and neither was anyone else.

The Draytons were hosting a dinner party with another couple, and their son Brandon was also in attendance the night Libby disappeared.

When Libby doesn't come home, the nightmare starts, and the nightmare wasn't just because of Libby's disappearance.  Many other things were going on in this household too.

Many surprises await the reader as you find out about the Draytons.

Some intense reading, but very good with all the twists, secrets, and one very manipulative character. 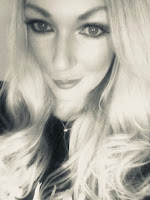 I was born in Hampshire but grew up in London where I still live today with my two children. I was originally a dancer who re-trained after a 'disco accident' in Ibiza to become a journalist - I've even won some awards, though I don't like to talk about them - ha! I've been a women's lifestyle writer for over fifteen years and am the former editor and acting editor of the fabulous J-17 magazine and Smash Hits respectively and have written for all the major glossies including Grazia, Company, Marie Claire and More, where I was their resident tell-it-like-it-is advice columnist - loads of fun! I've also written for NME, Loaded and Front magazine (I can be down with the lads too!).

During my journalistic career I've seen and done some amazing stuff, highlights include becoming a nun (for a day), rally racing with the late, great Colin McRae, bunjee jumping off a 350 ft bridge in designer heels, whiskey tasting for a week in Kentucky (don't remember much of that) and hanging out with all manor of A-list celebrities (er, Take That and Jordan, anyone?).

After I had my son I started to write novels (having children does strange things to a person) and had my first young adult novel, Ibiza Summer, published in 2004. My first adult novel (it is a little racy) Chelsea Wives was published in 2012, followed by Wicked Wives in 2013.

When I'm not writing, which isn't often, I like to hang upside down on a pole - I'm a qualified pole fitness instructor, and drink fancy wine (though not necessarily at the same time, that woud be dangerous). I adore creating exciting, three dimensional, glamorous and flawed characters against a backdrop of exotic locations. Revenge, sex, sin, glamour, excess, crime and intrigue is my specialty. My next novel, title to come, promises all the above and more!