Spotlight of Tales of the Romanov Empire by Tamar Anolic

"This is my fourth novel about the Romanovs.  I've long been fascinated my the dynasty and the tragedy of how it ended, but I've also been very interested in how much I've learned about the Romanovs in addition to Nicholas and Alexandra.  I wrote Tales of the Romanov Empire as a novel in short stories to explore the tsars and grand dukes that I wish more were told about. Also, the several chapters that are based on my family history are based on one great grandfather in particular and his emigration to the U.S."
Tales of the Romanov Empire is a novel in short stories that focuses on the lesser known aspects of the Romanov dynasty, from the election of Tsar Mikhail after the Time of Troubles to the dynasty's famous poet, Grand Duke Konstantin.
The book spans the whole of the dynasty, from 1613 to 1918.

PRAISE FOR TALES OF THE ROMANOV EMPIRE:

This is a delightful collection of short vignettes about the life and time of various of Russia’s ruling Romanov family. It began with the first Tsar Romanov Mikhail. He took the throne at just age sixteen and the various stories continue throughout the just over three hundred-year reign. - A GOODREADS REVIEW HERE.

This book is well written and Ms. Anolic has chosen some very good stories to recount. I enjoyed reading it. Being a student of the Romanov family, there was nothing new to me, but I liked the book nonetheless. - AN AMAZON REVIEW HERE.

Tales of the Romanov Empire is a compelling, colourful collection of stories, with a huge cast of characters. It would appeal to anyone interested in the Russian history, especially the dramatic story of the Romanov family. - FULL REVIEW HERE.

ABOUT TALES OF THE ROMANOV EMPIRE:

Tales of the Romanov Empire is a novel in short stories that examines one of history’s most successful dynasties. The Romanovs were Russia’s absolute monarchs from 1613 until 1917. Yet, beyond the glittering wealth and tragic love story of Nicholas and Alexandra, much of the dynasty remains shrouded in mystery.Tales of The Romanov Empire sheds light on the Romanovs’ unknown figures, from the election of Mikhail Feodorovich, the first Romanov tsar, to the bride shows that were staged to help Tsar Alexei find a wife.
Grand Duke Konstantin, the Romanovs’ famous poet, comes to life as he and his favorite cousin, Grand Duke Sergei, examine their ideals and their sexuality in a world that is hostile to them.
All the while, as the empire’s Jews struggle amidst the Romanovs’ pogroms, many make the decision to flee to the freedom of the United States- these stories in particular are based on the author’s own family history.This novel contains stories of war, stories of personal gifts and choices bent to an autocratic ideal. In their telling, the vast human cost of absolute power- on both the oppressors and on the oppressed- becomes clear. 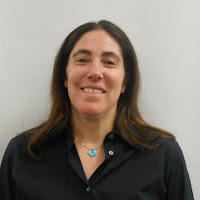 Tales of the Romanov Empire is Tamar's fifth book about the Romanovs. Her first was The Russian Riddle, a nonfiction biography of the Grand Duke Sergei. Three other novels about the Romanovs followed: Triumph of a Tsar, Through the Fire and The Imperial Spy.

Her other novels include The Last Battle, The Fledgling's Inferno and The Fourth Branch.

Her short stories have been published in The Copperfield Review, The Helix, Pen in Hand, and other literary journals.