Giveaway of The Murder Road by Stephen Booth 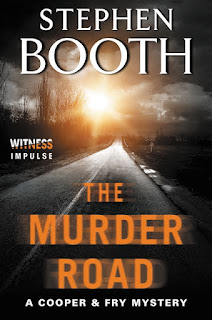 The Fifteenth Book In The Cooper & Fry Series

THE MURDER ROAD
By Stephen Booth

You Can Enter the Giveaway below

Welcome to the picturesque English village of Shawhead, where there’s one road in and one road out. And on that road this morning is an abandoned vehicle... with an ominous bloodstain inside.

It’s a mystery. It could be a murder. Where -- and who -- is the driver? Whose blood has been discovered? Why are the people of Shawhead so hostile towards Detective Ben Cooper, sent in to take charge of the investigation?

As Cooper peels back layers of lies and exposes dark secrets to the light, he draws ever closer to a killer hiding in plain sight. Packed with atmosphere, suspense, and surprises, The Murder Road (On-Sale: September 8, 2015; Witness Impulse; E-Book; $2.99; ISBN: 9780062439239) is Stephen Booth’s most unforgettable novel yet.

STEPHEN BOOTH’s fourteen novels featuring Cooper and Fry, all to be published by WITNESS, have sold over half a million copies around the world.

One Entry Per Reader Please