What I Told My Daughter

Lessons from Leaders on Raising the Next Generation of Empowered Women

NINA TASSLER
with Cynthia Littleton
*********
I am pleased to feature this book and Ms. Tassler on Silver's Reviews. 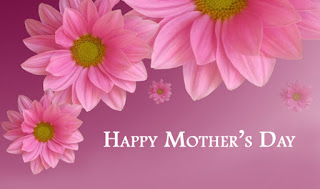 All Information In This Post Is Courtesy Of The Publisher.

WHAT I TOLD MY DAUGHTER is a collection of timely and timeless wisdom for the next generation of empowered women, solicited and edited by former CBS Entertainment chairman Nina Tassler, with journalist Cynthia Littleton.

From Supreme Court Justice Ruth Bader Ginsburg to Olympian Mia Hamm, from Oscar winners Whoopi Goldberg and Mary Steenburgen to women’s healthcare pioneer Dr. Susan Love, more than fifty of today’s achievers from all politics, science, business, the arts, sports, and public service offer reflections on the messages they have conveyed—or hope to convey—to their daughters about shaping their lives and bettering their world.

“Working on this book has been nothing less than a revelation for me,” Tassler writes. “I never fully appreciated the strength of the emotional and intellectual foundation provided by my mother’s teachings until the essays collected here gave me insights into the challenges that others have faced.

The order of presentation in this book seeks to both accentuate that diversity and reinforce the universality of motherhood. Underneath the divisive labels that are often affixed to our jobs—working mom, tiger mom, helicopter mom, soccer mom, et. al.—we are all simply women trying to do our best to raise the next generation of empowered leaders….The common thread in all of these tales is the extra layer of responsibility that mothers have to guide their daughters to be empowered, to be confident and to make the right choices for them regardless of societal pressures.”

The essays cross ideological, class, and racial boundaries, emphasizing each woman’s singular experience, but also underscoring their commonalities. Many of the women of a trailblazing generation—such as Justice Ginsburg, United Farm Works co-founder Dolores Huerta, and U.S. House of Representatives Minority Leader Nancy Pelosi—write of the struggle to balance motherhood with career at a time when women had fewer choices.

Whoopi Goldberg, model Beverly Johnson, and Dr. Marcia McNutt talk about how difficult it can be to allow your daughters to make their own choices—even when those choices are not the ones you yourself might make. Mia Hamm and Christine Baranski address persistence.

The contributors come from all walks of life—writers and activists, a rabbi, a rock star. Gloria Estefan writes of allowing her daughter to make her own spiritual discovery, while Pat Benatar recalls the rigors of trying to be a “normal” mother on the road.

Brooke Shields talks of trying to protect her daughters from public scrutiny, only to unwittingly make things worse, while Debora Black, one of the first female police chiefs of an urban police force, teaches her daughter about danger, safety, and courage.

Indeed, the through-line of generations takes on great importance as many of these women have drawn on the examples and advice of their own mothers and grandmothers when pursuing their own successes and now imparting wisdom to their daughters.

As Marie Osmond writes, “The wisdom my mother gave to me that I want to pass on to my four daughters is to know they always have the right to change their minds, especially when it comes to their personal happiness, whether it involves friendships, potential partners, and even career choices.”

A portion of the proceeds from WHAT I TOLD MY DAUGHTER will be donated to two organizations devoted to nurturing leadership skills in young women: Girls Inc. and the United Nations Foundation’s Girl Up campaign. 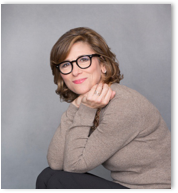 Nina Tassler recently stepped down as the chairman of CBS Entertainment. She has nurtured some of the most popular shows in television, including The Big Bang Theory, How I Met Your Mother, ER, and the critically acclaimed The Good Wife.

She also helped shepherd the global phenomena CSI and NCIS to the screen. Tassler serves on the board for the Academy of Television Arts & Sciences Foundation and is a member of the Board of Trustees for Boston University. She lives in Los Angeles with her husband, Jerry Levine, and two children, Matthew and Alice.