Spotlight of WILDCAT by Sara Paretsky 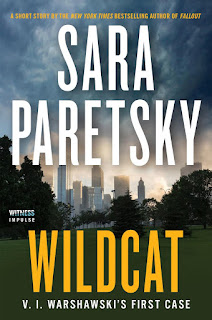 ENJOY if you read it!!

***********
ALL INFORMATION BELOW IS COURTESY OF JULIE PAULAUSKI OF HARPER COLLINS

Sara Paretsky, one of the most legendary crime writers of all time, presents an exclusive and thrilling short story featuring beloved investigator V.I. Warshawski as a ten-year-old girl on her first investigation.


V.I. Warshawski developed her strength and sense of justice at a very early age.

It’s 1966 and on the south side of Chicago racial tensions are at an all-time high. Dr. Martin Luther King is leading marches at Marquette Park and many in the neighborhood are very angry.

With nothing but a bicycle, eighty-two cents in her pocket, and her Brownie camera hanging from her wrist, Victoria sneaks off to Marquette Park alone to protect her father Tony, a police officer who is patrolling the crowds.

What begins as a small adventure and a quest to find her father and make sure he is safe turns into something far more dangerous.

As the day goes on and the conflict at the park reaches a fever pitch Victoria realizes she must use her courage and ingenuity if she wants to keep herself and her family members out of harm’s way.
*********** 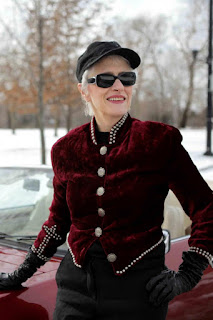 Hailed by P.D. James as "the most remarkable" of modern crime writers, Sara Paretsky is the New York Times-bestselling author of nineteen previous novels, including the renowned V.I. Warshawski series.

She is one of only four living writers – alongside John Le Carré, Sue Grafton, and Lawrence Block – to have received both the Grand Master Award from the Mystery Writers of America and the Cartier Diamond Dagger from the Crime Writers' Association of Great Britain.

She lives in Chicago with her husband.