Giveaway and Spotlight of Death and Taxes by Mark Zaslove

Celebrating The Release Of


DEATH AND TAXES
By Mark Zaslove

The First In A Series, DEATH AND TAXES Takes Readers On a Roller Coaster Ride of Gripping Suspense Combined With Hilarious Moments of Camaraderie and Deep Caring
************

Praise for DEATH AND TAXES:

BookTrib.com:  “With slapstick humor, libidinous innuendo and groan-worthy puns served up with much tequila, DEATH AND TAXES will entertain readers”

Midwest Book Review:  “A deftly crafted and thoroughly riveting read from first page to last, author Mark Zaslove demonstrates a genuine flair for narrative driven storytelling and the creation of distinctively memorable characters.”
***********
About The Book: 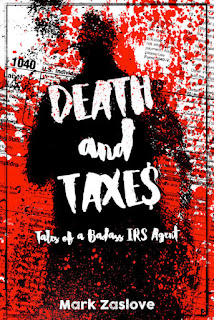 Mix one badass IRS agent with a gang of murderous Mongolian drug traffickers.  Add an assortment of quirky but lovable characters, and you’ve got the makings of a gripping thriller, aptly titled DEATH AND TAXES (Aperient Press; June 2018) by Emmy Award-winning writer Mark Zaslove. This riveting debut novel features Mark Douglas, an ex-Marine turned IRS agent, who, along with auditing the weird and the profane, also spearheads weekend raids with his gang of government-sanctioned revenuers, merrily gathering back taxes in the form of cash, money order, or more often than not, the debtor’s most prized possessions.

Things turn ugly when Mark’s much-loved boss and dear friend Lila is tortured and killed over what she finds in a routine set of 1040 forms. Mark follows a trail dotted with plutonium-enriched cows, a Saudi sheik with jewel-encrusted body parts, a doddering, drug sniffing, gun-swallowing dog named The Cabbage, a billionaire Texan with a fetish for spicy barbecue sauce and even spicier women, and an FBI field agent whose nickname is “Tightass.” All of which leads to more and bloodier murders – and greater danger for Mark.

With the help of his IRS pals – Harry Salt, a 30-year vet with a quantum physical ability to drink more than humanly possible; Wooly Bob, who’s egg-bald on top with shaved eyebrows to match; Miguel, an inexperienced newbie with a company-issued bullhorn and a penchant for getting kicked in the crotch – Mark hunts down the eunuch hit man Juju Klondike and the cunning Mongolian mob smuggling weapons-grade plutonium into the United States.  Under the watchful eye of the FBI, Mark and his scruffy gang enlist the power of the IRS data bank to track the criminals and lure them to a perilous rendezvous where everyone’s life is on the line.  In the world of DEATH AND TAXES, only the honest and brave can survive.
**********
About the Author: 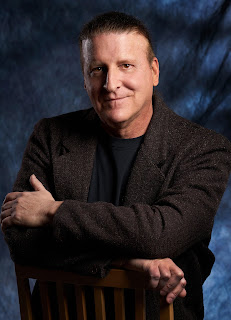 Mark Zaslove, author of DEATH AND TAXES, is a writer/director/producer of both live-action and animated movies and television. He creates content for all major studios, including Disney, Universal, Paramount, and Warner Bros.

A two-time Emmy Award winner for writing/producing, and a recipient of the Humanities Prize (for writing about uplifting human values in television and movies), he also writes short fiction and has served as a senior editor on various magazines.

A graduate of the University of California, Berkeley, he lives with his teenage son in Los Angeles.
************

The contest has ended:

Our winner is Sarah From Rhode Island.

I am partnering with Andrea Stein and Jane Wesman Public Relations for this giveaway.