Spotlight of The Man On The Roof by Michael Stephenson 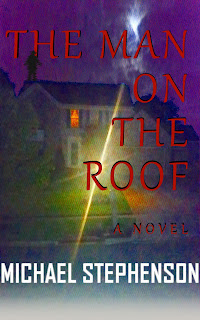 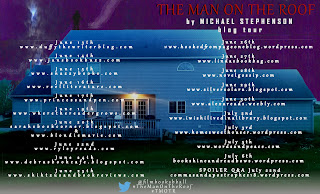 Celebrating The June 27th Release Of

THE MAN ON THE ROOF
BY
MICHAEL STEPHENSON

A  domestic mystery-suspense thriller, The Man On The Roof propels the reader through a tangled, volatile and suspenseful thicket of deception, murder and friends.

Similar in tone to novelist Gillian Flynn, The Girl on the Train, Big Little Lies and The Woman In The Window, The Man On The Roof invites the reader to discover the murderer and who hides which lie.

I must warn that it does deal with very dark subject matter.

It currently is available for review in digital formats only, and will be an Amazon Kindle release June 22, 2018. You can currently find it as a pre-order on Amazon and it is listed on Goodreads
************
About The Book:

Someone has been creeping in the dark while the others sleep, and they've done terrible, terrible things.

“There was a man on your roof,” claims curmudgeonly lane-hermit Herbert McKinney. Then, he initiates an unprovoked fight with a local punk. Drama escalates when that punk's dead body is found hanging at mid-street one August morning—a boastful killer messaging their next prey.

All fingers point to Herbert as the culprit. Soon, the five couples he calls neighbors come under suspicion, too. When detectives divine blackmail as the motive, eyes cross to find who hides the most shameful secret.

Husband versus wife, friend versus friend, the shiny suburban veneer of innocence has been forever tarnished. As hidden deviousness boils from their pores, there lurks a thief, a pill addict and two adulterers—secrets worth killing for.

We all believe that most people are good. Our neighbors, our friends... ourselves. We dismiss insane plot twists or unlikeable characters as unrealistic and slightly ridiculous.
But just how sure are we that the people closest to us aren't all teetering on the edge of insanity? And is it more frightening to think that we live in a mad world, or that we can wholly understand the madness?
Step into a mind-twisting thriller that seeks to understand our darkest nature. Come meet The Man On The Roof.
**********
About the Author:

Born in Cleveland, Ohio, Michael cultivated his love for storytelling on a steady diet of film and TV, embracing the art across all genres and mediums.

He believes that to tell a story is the greatest gift that humanity has ever received and hopes to connect through words both written and filmed. A thoughtful suburbanite, he enjoys writing in every genre and platform.

Covering a wide range of subjects, ethnicities, socioeconomic classes, and ideals, his writing runs the gamut from silly and lighthearted to thought-provoking and sensual to horrifying and captivating.

Offering everything from sci-fi to romance, he wishes to supply the reader with an indelible experience.

Privately, he seeks to accomplish great things with his writing in both popular culture and more niche genres.

He hopes to soon write for film again, as he had briefly before, and aspires to write the screenplay for the film adaptation of Captain Planet as he loves the environment.
************
This book sounds good...thanks for the opportunity to spread the word, Mr. Stephenson.
************