Giveaway and Spotlight of American Princess by Stephanie Marie Thornton

Berkley Trade Paperback is Celebrating The  Paperback Release With a USA Giveaway Of:

“Thornton’s impeccable research and command of her subject fills this tale with authenticity…making what could be dull in lesser hands consistently entertaining. Alice herself would undoubtedly have loved this take on her unorthodox life—as will the many destined to read it.”—Publishers Weekly


“An absorbing portrait of a woman who lived life on her own terms.”—Booklist

“Thornton skillfully brings to life the incomparable and unapologetic Alice Roosevelt, whose scandalous life was at the center of American politics for nearly a century. Fast-paced and written with verve and sass, this book is a treat and a treasure for history lovers. Fabulous!”

The only child of Theodore Roosevelt’s first wife who died days after giving birth to her, Alice was set apart from infancy as Roosevelt’s living reminder of tragedy. Thornton has crafted an intimate look into the mind of a woman who took individuality in her stride. Though history can tell us of the many ways Alice rebelled as a girl and chased controversy through adulthood, Thornton provides a riveting narrative with the sympathetic and believable voice of a woman who just wants the love and attention of an absent father.

From her debutante ball at seventeen, through the tumultuous relationship with a congressman, to the last years of her life as an woman with no regrets, Thornton delivers a captivating look at an American icon.

Rich in detail and exciting cameo appearances from legends such as Eleanor D. Roosevelt and Jackie Kennedy, AMERICAN PRINCESS is an immersive experience of a read.

As you journey through this book with Alice, the trials and adventures of an incredible untold story, you’ll find yourself reaching the end before you know it.
**********
About the Author: 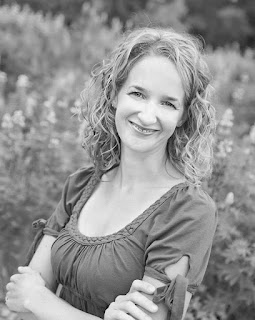 I am partnering with Brittanie Black of Penguin Random House for this giveaway:

THANKS TO EVERYONE WHO ENTERED THE GIVEAWAY.