Spotlight and Giveaway of Blame the Dead by Ed Ruggero

Alessandra Scarpaci of Wunderkind-PR is celebrating the release of: 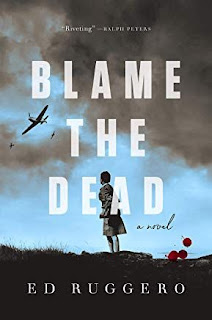 Information in this post is courtesy of Alessandra Scarpaci of Wunderkind-PR.
************

PRAISE FOR BLAME THE DEAD:

“Exceptional WWII mystery...Ruggero plays fair with his readers and makes the carrying out of a homicide inquiry in wartime both exciting and plausible. Fans of James Benn and Owen Parry will be pleased.” -Publisher's Weekly

“Ruggero’s story sets itself apart with the vividly rendered field-hospital setting and the focus on the battle-hardened nurses. A solid choice for WWII-thriller fans.” -Booklist

“This book is a history lesson, a page-turning mystery, and a piece of human drama all wrapped up in one...Well-researched and with a good feeling of the emotions of war for all participants, Blame the Dead is thriller that I would definitely recommend.” -Paul's Picks
************
ABOUT BLAME THE DEAD:

The nurses of the US Army’s Field Hospitals, mobile units that operate just behind the battle lines, contend with heat, dirt, short-handed staffs, the threat of German counterattack and an ever-present flood of horribly wounded GIs. At the 11th Field Hospital near Palermo, Sicily in the bloody summer of 1943, nurses also live with the threat of violent assault by one of their own―at least until someone shoots Dr. Myers Stephenson in the head.

Enter Eddie Harkins, a tough former Philadelphia beat cop turned Military Police lieutenant, who is first on the scene. Although he has never been a detective, Harkins soon finds himself the lone investigator, either because the Military Police are under-staffed or because someone in power thinks this rank amateur will never get close to the real killer.

When the hospital commander tries to derail Harkins’ investigation by transferring or harassing key witnesses, it becomes clear to Harkins that the unit is rotten to its core, that the nurses are not safe, and that patients who have survived Nazi bullets are still at risk after they arrive at this place that is supposed to save them.
************
ABOUT THE AUTHOR: 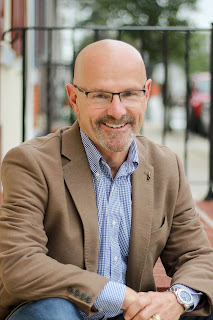 Harkins fights―and worries that he is losing―multiple battles. He is driven to give hope to nurses who just want to do their life-saving work, to right at least a few of the wrongs around him, and to do penance for sins in his own past. The one bright note for Harkins is a rekindled relationship with Kathleen Donnelly, a nurse from Harkins’ old neighborhood; but even that is complicated when Donnelly becomes a victim.

ED RUGGERO is a West Point graduate and former Army officer who has studied, practiced, and taught leadership for more than twenty-five years.

His client list includes the FBI, the New York City Police Department, CEO Conference Europe, the CIA, the Young Presidents Organization, Forbes, among many others.

He has appeared on CNN, The History Channel, the Discovery Channel, and CNBC and has spoken to audiences around the world on leadership, leader development and ethics.

The winner is Cynthia from Texas.