Spotlight and Giveaway of What It Seems by Emily Bleeker

Ellen Zielinski Whitfield of Books Forward is celebrating the release of: 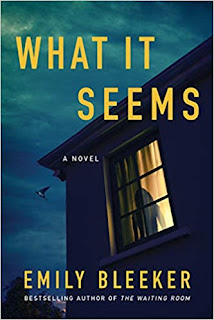 Information in this post is courtesy of Ellen Zielinski Whitfield of Books Forward, A JKS Communications Company.
************
Bestselling author Emily Bleeker is back with another suspenseful novel, this time tackling the dangers of social media.

In “What It Seems” (Lake Union Publishing, March 17), a young woman who has been in the foster system for 12 years tries to find escape in a vlogging family. But she soon finds that every family comes with its own dysfunction, and has to plot another escape.

ABOUT WHAT IT SEEMS:

Adopted by her controlling foster mother at the age of eight, twenty-year-old Tara has seen little of the outside world. Lonely, punished for the slightest offense, her only distraction comes from watching the Feely family’s online videos. They’re an affectionate vlogging quintet and an internet sensation. Most important, they are Tara’s mental refuge. Then the opportunity arises for them to be something more. When Tara accepts an internship with the close-knit clan, they’re her escape.
Daring to run away, and defying Mother’s rules, Tara is welcomed into the loving fold. But the more Tara gets to know them, the more she realizes that not everything is as it seems. As secrets slowly surface, the image of the perfect family begins to crack. For Tara, it’s another trap.
To claim a life of her own, she’ll need a new escape plan. Because as the show’s popularity explodes, reaching even more fascinated viewers, Tara can’t shake the feeling that Mother is among their ranks. She’s watching. She’s waiting. She’ll never let her go.
************
ABOUT THE AUTHOR: 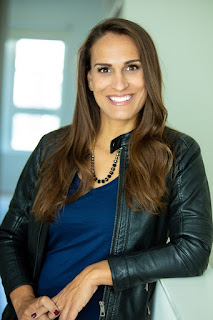 Emily Bleeker is a former educator who discovered her passion for writing after introducing a writer’s workshop to her students. She soon found a whole world of characters and stories living inside of her mind.

It took a battle with a rare form of cancer to give her the courage to share that amazing world with others. Emily lives in suburban Chicago with her family.

Between writing and being a mom, she attempts to learn guitar, sings along to the radio (loudly), and embraces her newfound addiction to running.

I am partnering with Ellen Zielinski Whitfield of Books Forward, A JKS Communications Company,for this giveaway.