Photo Source
************
Jennifer Rosner is celebrating the release of her book: 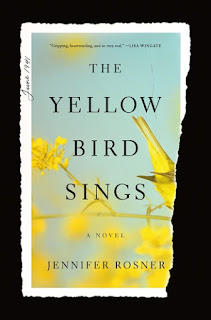 PRAISE FOR THE YELLOW BIRD SINGS:

This stunning debut novel sings with the power of a mother’s love and the heartbreaking risks she’ll endure.” ―Booklist

"The Yellow Bird Sings keeps your heart in your throat, your eyes pricked with tears...The little light that shines in this terrible darkness—the precious little hope that anchors Róza’s and Shira’s souls—is very bright.” ―BookPage (starred review)

“Desperately moving and exquisitely written. If you only read one book this year, make it The Yellow Bird Sings.” –AJ Pearce, author of Dear Mrs Bird

“Music and love course through this beautiful novel, twin rivers of wonder. The Yellow Bird Sings is a powerful hymn to the resilience and determination of a mother’s love in the face of the inhuman horrors of war. Jennifer Rosner has written a book that will break your heart, and then put it back together again, a little larger than before.” –Alex George, author of The Paris Hours
************
ABOUT THE YELLOW BIRD SINGS:

In Poland, as World War II rages, a mother hides with her young daughter, a musical prodigy whose slightest sound may cost them their lives.

As Nazi soldiers round up the Jews in their town, Róża and her 5-year-old daughter, Shira, flee, seeking shelter in a neighbor’s barn. Hidden in the hayloft day and night, Shira struggles to stay still and quiet, as music pulses through her and the farmyard outside beckons. To soothe her daughter and pass the time, Róża tells her a story about a girl in an enchanted garden:

“The girl is forbidden from making a sound, so the yellow bird sings. He sings whatever the girl composes in her head: high-pitched trills of piccolo; low-throated growls of contrabassoon. Music helps the flowers bloom…”

In this make-believe world, Róża can shield Shira from the horrors that surround them. But the day comes when their haven is no longer safe, and Róża must make an impossible choice: whether to keep Shira by her side or give her the chance to survive apart.

Inspired by the true stories of Jewish children hidden during World War II, Jennifer Rosner’s debut is a breathtaking novel about the unbreakable bond between a mother and a daughter.

Beautiful and riveting, The Yellow Bird Sings is a testament to the triumph of hope—a whispered story, a bird’s song—in even the darkest of times.
************
ABOUT THE AUTHOR: 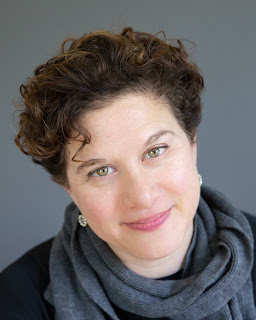 THE YELLOW BIRD SINGS is Jennifer’s debut novel. It tells the story of a Jewish mother and her child hiding for their lives during WW2, and is grounded in interviews, travel, and historical research.

Jennifer previously published a memoir, IF A TREE FALLS, about raising her deaf daughters in a hearing, speaking world, and discovering genetic deafness in her family dating back to the 1800s.

In both the novel and memoir, she explores themes of silence and sound, loneliness and connection. Her short writings have appeared in The New York Times, The Massachusetts Review, The Forward, and elsewhere.
In addition to writing, Jennifer teaches philosophy. She received her BA from Columbia University and her Ph.D. from Stanford University. She has taught at Stanford and at Mount Holyoke College. Currently, she teaches the Clemente Course in the Humanities, a college-level course for women living in economic distress.
************
GIVEAWAY:

I am partnering with the author for this giveaway: