Spotlight and Giveaway of Answer Creek by Ashley Sweeney 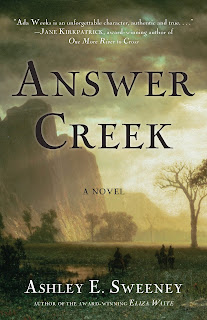 Information in this post is courtesy of the author, Ashley E. Sweeney, and publicist, Caitlin Hamilton Summie.
************

Answer Creek is a fresh telling of the Donner Party saga through the eyes of a 19-year-old fictional protagonist, Ada Weeks (and is not a sequel to my debut novel, Eliza Waite, which was set in Washington and Alaska during the Klondike Gold Rush in 1898).
************

“Ada Weeks is an unforgettable character, authentic and true, created by the deft hands of author Ashley Sweeney. Full of distinctive language, fresh images of overland travel, and the challenge of choices, Ada Weeks is a woman to cheer for. Be prepared to burn the night oil to discover more.”

—Jane Kirkpatrick, award-winning author of One More River to Cross
************
ABOUT ANSWER CREEK:

Orphaned on the trail to California in the spring of 1846, Ada Weeks lumbers west as a member of the ill-fated Donner-Reed Party.

Battling hardship and depression, Ada attaches herself to the Breen family after the death of her parents. A budding romance with the Breen’s teamster, Patrick Dolan, fills her tedious, grueling days with life and hope. But when the emigrants find themselves stranded by a blizzard at the foot of the Sierra Mountains less than 100 miles from their destination, Dolan leaves with a small party to attempt the pass in the dead of winter.

Uncertain of Dolan’s fate, and struggling to endure, Ada is forced to choose her own path for survival.

All subsequent attempts to bridge the pass in the dead of winter are met with failure, and Ada must face a long, horrifying winter with grit and resolve.

After surviving the harrowing winter season, through which half of the emigrant party perishes, Ada finds herself alone and almost penniless when she reaches Sutter’s Fort in the spring of 1847.

Where is Dolan? And what would a future without him look like?

As Ada sets up a homesteading claim in the wilds of California’s American River region, she finds the true meaning of self-reliance and tentatively opens her heart to the promise of love.
************
ABOUT THE AUTHOR: 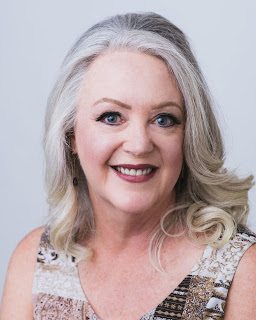 Photo Credit:
Justin Haugen
Ashley E. Sweeney is the winner of the 2017 Nancy Pearl Book Award for her debut novel, Eliza Waite. A native New Yorker, Sweeney is a graduate of Wheaton College in Norton, Mass. and resides in the Pacific Northwest and Tuscon. Answer Creek is her second novel.

I am partnering with the author, Ashley Sweeney, and publicist, Caitlin Hamilton Summie, for this giveaway: