Spotlight and Giveaway of Hello Summer by Mary Kay Andrews 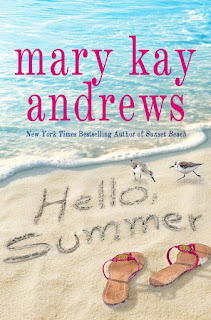 Information in this post is courtesy of Meg Walker of Tandem Literary: Publicity & Marketing
************

An intriguing mystery, inspiring tale of second chances, and moving family drama with a touch of romance, HELLO, SUMMER is a quintessential summer escape from the master of her genre.
************
PRAISE FOR HELLO SUMMER:

An intriguing mystery, inspiring tale of second chances, and moving family drama with a touch of romance, HELLO, SUMMER is a quintessential summer escape from the master of her genre. “Hello, Summer is another gem by the always wonderful Mary Kay Andrews.” —PopSugar

“Hello, Summer is at a next level of fabulous. Yes it has the family house on the beach (why doesn’t my family have a beach house?) but it morphs into a political thriller all stemming from news reporting. Brilliantly done! Ten stars!”—Andrea Peskind Katz, GreatThoughts.com

“Andrews can be counted on for beach-worthy depictions of southern women with chutzpah and a talent for finding trouble with humor and romantic interest mixed in. Fans of Elin Hilderbrand and Kristy Woodson Harvey shouldn’t miss it.”—Booklist

“Hello, Summer is a terrific read. All the characters from Conley through her feisty G’mama and her housekeeper, to the local gossip and the secretive local radio DJ, are fully fleshed people. The world of modern journalism, small town politics and relationships are brought to vibrant life by Mary Kay Andrews’ deft touch.”—Authorlink
************
ABOUT HELLO SUMMER:

It's a new season...
Conley Hawkins left her family's small town newspaper, The Silver Bay Beacon, in the rearview mirror years ago. Now a star reporter for a big-city paper, Conley is exactly where she wants to be and is about to take a fancy new position in Washington, D.C. Or so she thinks.

For small town scandals...
When the new job goes up in smoke, Conley finds herself right back where she started, working for her sister, who is trying to keep The Silver Bay Beacon afloat—and she doesn’t exactly have warm feelings for Conley. Soon she is given the unenviable task of overseeing the local gossip column, “Hello, Summer.”

And big-time secrets...
Then Conley witnesses an accident that ends in the death of a local congressman—a beloved war hero with a shady past. The more she digs into the story, the more dangerous it gets. As an old heartbreaker causes trouble and a new flame ignites, it soon looks like their sleepy beach town is the most scandalous hotspot of the summer.
************
ABOUT THE AUTHOR: 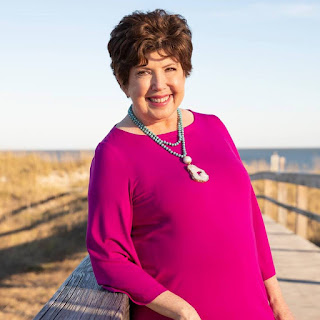 A native of St. Petersburg, Florida, she earned a B.A. in journalism from The University of Georgia. After a 14-year career working as a reporter at newspapers including The Savannah Morning News, The Marietta Journal, and The Atlanta Journal-Constitution, where she spent the final ten years of her career, she left journalism in 1991 to write fiction.

Her first novel, Every Crooked Nanny, was published in 1992 by HarperCollins. She went on to write ten critically acclaimed mysteries under her real name, Kathy Hogan Trocheck. In 2002, she assumed the pen name Mary Kay Andrews with the publication of Savannah Blues. In 2006, Hissy Fit became her first New York Times bestseller, followed by twelve more New York Times, USA Today and Publisher’s Weekly bestsellers. To date, her novels have been published in German, Italian, Polish, Slovenian, Hungarian, Dutch, Czech and Japanese.


She and her family divide their time between Atlanta and Tybee Island, GA, where they cook up new recipes in two restored beach homes, The Breeze Inn and Ebbtide—both named after fictional places in Mary Kay’s novels, and both available to rent through Tybee Vacation Rentals. In between cooking, spoiling her grandkids, and plotting her next novel, Mary Kay is an intrepid treasure hunter whose favorite pastime is junking and fixing up old houses.

Congrats to Cheryl from Rhode Island.

I am partnering with Meg Walker of Tandem Literary: Publicity & Marketing for this giveaway: