Spotlight of She Wore A Yellow Dress by John R. Cammidge 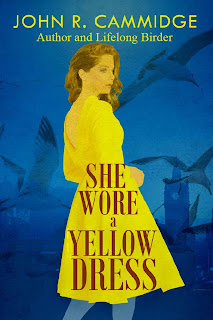 Title: She Wore a Yellow Dress

************
ABOUT THE BOOK:
Five years in the writing, this historical fiction, based on the author’s personal experiences, began as a story of a socially awkward, hesitant, farm boy from York, England, meeting on Bonfire Night 1965 (5th November) with a sophisticated, ambitious, town girl from Manchester during their final undergraduate year at Hull University.  The fireworks of love and life explode long after this Bonfire Party, yet even so, they eventually marry.

John is preoccupied with building a career at Ford of Britain whereas Jean Louise teaches and expects to receive his dedicated attention, spontaneous affection and unquestioning loyalty because of the sacrifices she has made for him.  When that does not happen, she seeks help from a fellow teacher.

The challenges of cohabitation, however, extend well beyond their domestic disagreements thanks to the chaotic conditions existing in Britain during the period 1965 to 1975.  They struggle to adapt financially and socially, not helped by their opposing political beliefs, and the  disruptions brought into their household by government and the behavior of trade unions. 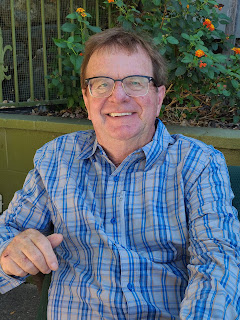 INFORMATION TAKEN FROM THE AUTHOR'S WEBSITE
John R. Cammidge is a former Human Resources executive and life-long birdwatcher who retired  several years ago after a career in Ford of Britain, Bank of America, Stanford University and the University of California. He resides in Marin County, north of San Francisco, and began writing when he retired. He was born in York, England and relocated during 1979 to San Francisco, becoming a United States citizen in the mid-1990s.

SO FAR THERE ARE THREE NOVELS:

Finally, because of the passion for bird watching in She Wore a Yellow Dress, the Author’s Blog has been used to expand on the author’s interest in ornithology.