Spotlight of Fox & I by Catherine Raven

CATHERINE RAVEN
************
ALL INFORMATION IN THIS POST IS COURTESY OF MEG WALKER | PRESIDENT & DIRECTOR OF MARKETING | TANDEM LITERARY:  PUBLICITY & MARKETING.
************
With early raves from the likes of Temple Grandin, Stephen Batchelor, Yann Martel & Ian Frazier, Raven's debut memoir has been called a "book that everyone will be talking about" by the New York Times and has just been named an IndieNext pick for July.
************
PRAISE FOR FOX & I:
“[A] book that everyone will be talking about… [A] real-life friendship that mirrors the one between Saint-Exupéry’s Little Prince and his fox, full of tenderness and understanding."―The New York Times “[An] offbeat and charming memoir. .... Along with reverently describing her furry friend―who had a ‘face so innocent that you would have concluded that he never stalked a bluebird, let alone dismembered one’―Raven writes poetically about the flora (“my sun-worshipping tenants”) and fauna around her. Rich and meditative, Raven’s musings on nature and solitude are delightful company.”―Publishers Weekly "When Catherine Raven left her abusive family at 15 years old, she quickly found solace in nature, first working as a park ranger, then getting her PhD in biology, and eventually building a small cottage in the remote woods of Montana where she settled into a mostly solitary life, with breaks to lead field classes and lectures. Then, one day, a fox showed up, and kept coming back. In this quiet, charming memoir, Raven recounts her journey to accepting this unusual companion, loath as she is to anthropomorphize him. And as she embraces the vulnerability of loving an animal she objectively knows can’t love her back, she warms up to the idea of letting other people in, too. Throughout, Raven writes about her environment with wonder and reverence but never formality ― it’s the easy affection of someone who’s long made family of the natural world."―BuzzFeed News “Fox and I will make you feel deeply about our relationship with animals and nature. After you read this book, you will experience animals in a new and marvelous way.”―Temple Grandin, author of Animals in Translation "The observations of high-desert nature―of wildlife, plants, landscapes, weather―in this book are some of the best you will ever read. The story of Catherine Raven and the fox's friendship charmed me and drew me in completely.”―Ian Frazier, author of Great Plains "If Thoreau had read The Little Prince, he would have written Fox and I.”―Yann Martel, author of Life of Pi “Intimate and poetic …. By paying ecstatic attention to grasses, insects, birds, and animals, Catherine Raven allows us to hear what nature is saying to us. Fox and I is essential reading for anyone concerned about the catastrophe human beings are inflicting on the environment from which they and all other creatures sprang."―Stephen Batchelor, author of The Art of Solitude “This tale of wilderness, in the tradition of Thoreau and Steinbeck, is distinguished by a narrator who sees herself as one of the many creatures she lives among …. Catherine Raven has achieved something unique in the literature of nature-writing: genuine love for the wild within the rigor of scientific observation. The voice of this story-teller is startlingly original. I read it breathlessly.”―Andrei Codrescu "Fox and I is a mesmerizing, beautifully written, and entirely unsentimental book about the connection among all things: the author and her fox friend, but also magpies, brown dogs, fawns, voles, and junipers. I learned as much about the meaning of friendship from this book as I have from any work of nonfiction that I’ve ever read."―Will Schwalbe, author of The End of Your Life Book Club
************

An unforgettable memoir about the friendship between a solitary woman and a wild fox.
When Catherine Raven finished her PhD in biology, she built herself a tiny cottage on an isolated plot of land in Montana. She was as emotionally isolated as she was physically, but she viewed the house as a way station, a temporary rest stop where she could gather her nerves and fill out applications for what she hoped would be a real job that would help her fit into society. In the meantime, she taught remotely and led field classes in nearby Yellowstone National Park. Then one day she realized that a mangy-looking fox was showing up on her property every afternoon at 4:15 p.m.

She had never had a regular visitor before. How do you even talk to a fox? She brought out her camping chair, sat as close to him as she dared, and began reading to him from The Little Prince. Her scientific training had taught her not to anthropomorphize animals, yet as she grew to know him, his personality revealed itself and they became friends.

From the fox, she learned the single most important thing about loneliness: we are never alone when we are connected to the natural world. Friends, however, cannot save each other from the uncontained forces of nature. Fox and I is a poignant and remarkable tale of friendship, growth, and coping with inevitable loss―and of how that loss can be transformed into meaning.

It is both a timely tale of solitude and belonging as well as a timeless story of one woman whose immersion in the natural world will change the way we view our surroundings―each tree, weed, flower, stone, or fox. 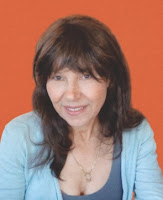 Catherine Raven is a former national park ranger at Glacier, Mount Rainier, North Cascades, Voyageurs, and Yellowstone national parks.
She earned a PhD in biology from Montana State University, holds degrees in zoology and botany from the University of Montana, and is a member of American Mensa and Sigma Xi.
Her natural history essays have appeared in American Scientist, Journal of American Mensa, and Montana Magazine. You can find her in Fox’s valley tugging tumbleweeds from the sloughs.
************