Spotlight and Interview of Belinda by Mark Zvonkovic 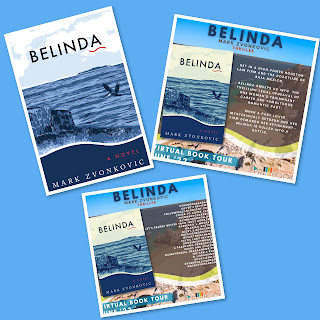 I couldn't put it down!" - Jenn Bouchard, author of FIRST COURSE
“Zvonkovic’s third novel is a compelling legal drama with heart, driven by character and offering complex corporate scheming and suspense. In Belinda, Zvonkovic layers in the tension and twists that will keep even a casual legal thriller reader’s interest piqued.” —BookLife Reviews
“When the past bleeds into the present, a lawyer and an ex-spy reunite, risking the unknown in this entertaining romantic thriller."—Clarion Reviews
“5 STARS! Belinda is a well-written, fun, and thrilling read which I read in one sitting, and yes, it&#39;s worth it!”—NetGalley Reviewer
“A spy thriller meets legal fiction meets romance novel.” — Kirkus Reviews

Belinda Larkin is married to her career, but after thirty years of work her firm is requesting that she retire.

When she gets a call from a former law partner and lover Jay Jackson, she finds herself whisked away to his beach house on
the Mexican-California border.

Unaware that her lover’s past is catching up to him, Belinda is thrown into the center of a tense legal battle between corrupt lawyers that will turn everything she knows about herself and Jay on its head.

Zvonkovic writes with a strong sense of character, including glimmering moments with punchy dialogue and a wonderfully
tumultuous reunion between Jay and Belinda, while managing to keep the various threads of the story neatly entwined and examining pressing themes of corruption, justice, and what a life adds up to.

There’s lots of heart, along with the suspense, as Belinda faces hard choices–and the possible rekindling of romance. The choice to jump between time periods and locales (one chapter is set in 2017 in California, the next in 2015 in France) makes for a sometimes jarring experience, as the suspense gets slightly derailed as the reader reorients themselves to each setting.

Despite a slow build-up, Zvokonvic layers in the tension and twists that will keep even a casual legal thriller reader’s
interest piqued.

However, an adolescent preoccupation with his female characters’ breasts proves distracting, with an unflattering description of Belinda’s passage into old age toward the end of the novel feeling unsympathetic, especially after readers have spent some 200 pages with her.

Still, Zvokonvic endeavors to capture what life in a law firm might be like for a powerful woman, noting “The men at her firm weren’t lecherous, but she often felt her body was on display” and other insights that enrich this thriller.

"BELINDA captures characters on the edges of uneasiness as they contemplate their next steps and life choices.

Corruption and bad behavior are rampant, but there is also redemption through the possibility of romance once thought to be lost forever.

With unexpected shocks and twists, BELINDA captivates and thrills. 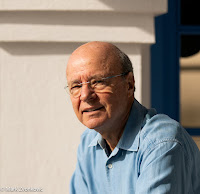 Mark Zvonkovic is a writer who lives in Rosarito Beach, Baja California Mexico, with his wife Nancy and their two dogs Finn and Cooper.
He has written three novels, and he also writes book reviews and essays that appear in online publications.
Before retiring to Mexico, Mark practiced law for thirty-five years at three multinational law firms in Houston, Texas and New York City.
He attended college at Southern Methodist University and Boston University, and his law degree is from SMU School of Law.
Mark grew up as an oil company brat and lived in Latin America, Texas, and New York.

INTERVIEW WITH THE AUTHOR:

1.    What was the inspiration for this book?
Character development is a focus of all of my writing. I think every person is a story of sorts, and I enjoy telling the story. I practiced law for thirty five years so I had a lot of material to use in the creation of the stories of the characters in Belinda. It was like combining all the ingredients in a very complicated recipe.

2.    And what about Belinda Larkin? Is there a real life version of her?
Oh no! She is an amalgam of many peoples I’ve known, some for many years and some only casually. Many of them weren’t even lawyers. But that’s how all of my characters are created. They start as fused together impressions and evolve with their story into people. And, of course, sometimes creative license leads to exaggeration. I mean, could a man, even a lawyer, be as entirely despicable as Patrick Brashner? But Belinda Larkin is a modern woman who is not going to make a life transition on account of anyone telling her what to do.

3.    How long did it take you to write Belinda?
A little more than two years. But I was wading my way through being a recovering lawyer during that time. I worked with an excellent editor for most of that time. At one point the novel was twice as long as it turned out. That was how I learned about the principal characters, by writing much more background material about them than was needed in the end.

4.    Where can readers find out more about you?
Information about me and my earlier novels can be found at www.markzvonkovic.com. The site also contains book reviews I have written, most of which have been published in Midwest Book Review. I have an author’s page on Facebook and also one on Goodreads.

5.    How did your past as a lawyer affect your writing of Belinda?
Primarily it was a hindrance. My editor said more times than I can remember, Stop Writing Like a Lawyer. Exactitude was definitely not my friend. It wasn’t always necessary to say how many coffee spoons were on the table. And I certainly didn’t approach it like I was writing a contract. One thing I never did as a lawyer was put my head back, close my eyes, and imagine dialogue. Perhaps, if I had, I might have been a better negotiator?

6.    What do you like most about your novels?
What keeps me writing is my love of making up characters that I hope readers will connect with. I want my characters, like Belinda Larkin, Raymond Hatcher and Larry Brown in my three novels, to move readers and get invested in what they think and feel. It’s a reason why some of these characters appear in several novels. None of the novels is meant to be a sequel of another, except to the extent that a reader is granted access to more about the lives of the characters who reappear.

7. Do you have a favorite character?
My favorite character changes when my curiosity leads me back to their personalities and life events. Obviously, Raymond Hatcher is the one I’ve thought about the most. He is the common element across the novels. But I’ve been thinking a lot about Larry Brown lately, as well as Vera, the young Croatian woman who was Raymond’s first love. In everybody’s life feelings and past events come to the surface, and the insights that accompany them can be both exhilarating and painful.