Spotlight of Still The Night Call by Joshua Senter 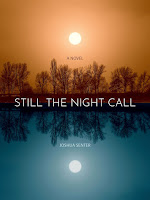 with timely novel delving into a dairy

Joshua Senter takes the reader on a journey through the hardships and untold stories of Midwestern farmers in a society where blue collar workers are deemed more and more insignificant.

It's a great book to read in May for mental health awareness month, or even in June for men's health month.

Tapping into his eighteen years of childhood experience working on a farm, Senter carefully crafts a main character who is significantly different from himself.

Calem grapples with his identity while simultaneously struggling to keep his surmounting depression at bay. How can Calem fathom inheriting his family’s farm when it seems like America is attacking the Midwestern farmer from every angle?

PRAISE FOR STILL THE NIGHT CALL:

“In this chilling novel, readers follow a young dairy farmer staring down his last day on his family’s southern Missouri farm. This book’s power lies in its relevance and its authenticity…”-THE US REVIEW OF BOOKS

“Senter’s story resonates on levels that wouldn’t have been possible even several years ago…In many ways, STILL THE NIGHT CALL is a call to action. The first step is reading this book. The second lies in recommending it for discussions about free will, choice, civil war, and social change.”-MIDWEST BOOK REVIEW

With STILL THE NIGHT CALL, Joshua Senter delivers a profound and beautifully written exploration of loneliness and isolation. This book bravely shines a light on the darkness within us, and in doing so it reminds us of the importance of empathy, connection, and of the resilience of the human spirit.”-ABDI NAZEMIAN, author of Stonewall Honor Book LIKE A LOVE STORY

ABOUT STILL THE NIGHT CALL:

Los Angeles – Joshua Senter was born and raised in the Missouri Ozarks on his family’s farm.

After two decades in LA working on Emmy-nominated shows like Desperate Housewives and The L Word, Senter has returned to the setting of his childhood to explore timely topics.

In his sophomore novel, Still the Night Call (Jan. 14, 2022, Roubidoux Press) Senter delves into the mind of introverted dairy farmer, Calem Dewayne Honeycutt, and the deep-seeded depression he struggles with.

Tackling intense themes such as suicide rates in men (particularly farmers) and political radicalization, this thought-provoking novel will leave readers grappling with the concepts of social and economic divides in America.

Still the Night Call is about Calem Dewayne Honeycutt, a thirty-two-year-old Missouri dairy farmer of few words. But just because he’s quiet doesn’t mean he’s simple. In fact, Calem’s internal voice eloquently leads us through his wondrous yet tortured past, his fears for the future of his beleaguered rural world, and his carefully laid plans to remedy the vicious Night Call that haunts his present. All he has to do is get through one last day on the farm, then he can free himself of being a straight, white, middle-aged man with nothing in his possession but a gun and a prayer.

Through the eyes of Calem, Still the Night Call delves into the quickly diminishing world of Midwestern farmers whose livelihoods have become fodder for politicians and trade wars while their traditional values have become the subject of scorn and culture wars. The result is a struggling working class whose worth has been reduced to mirthless caricatures and economic dust, and who are desperately looking for hope anywhere they might find it. 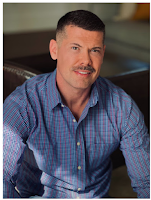 Joshua Senter was raised in the Ozark Mountains of Missouri where he was homeschooled along with his four sisters on a five hundred acre cattle farm. Josh moved to Los Angeles in 1997 and three years later, received a bachelor’s degree in filmmaking from Art Center College of Design in Pasadena, California, along with Ninth Term Honors.

In 2002 he began writing for the hit Showtime series The L Word. A year after that, he joined the international phenomenon, Desperate Housewives, where he was nominated for a Writer’s Guild of America award for his episode, “Don’t Look at Me.” In 2013 Joshua began writing and co-producing a new show for ABC Family, Chasing Life. During that time his debut novel, Daisies, was published by Diversion Books. In 2014 Joshua moved over to MTV where he began working as a writer/producer for the hit series Finding Carter.

In 2015 Joshua was placed on the Tracking Board’s Young and Hungry List as one of the top 100 writer’s working in Hollywood. In 2016, 2017, and 2018 Josh wrote pilots for ABC, FOX, and NBC respectively. A Valentine’s Day movie he co-wrote for Freeform, called The Thing About Harry, aired in February of 2020 and was nominated for a 2021 GLAAD Media Award for Outstanding TV Movie. Still the Night Call is his sophomore novel.