Giveaway of Brave in Ribbons by Holly Maholm 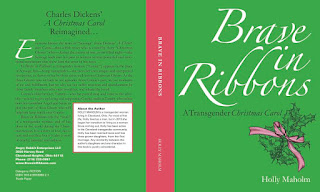 In her contemporary take on the holiday classic, Brave in Ribbons, Maholm revisits the original Dickens’ classic to set the stage for a new host of characters and a contemporary holiday story.

Readers will recognize the Ghosts of Christmas Past, Present and Future and will quickly find themselves attached to the colorful and heartfelt cast of Brave in Ribbons, including a recently deceased brother, his three daughters and his transgender sister, Connie. 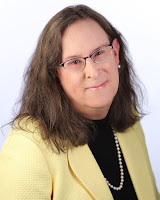 Holly Maholm is a transgender woman who was born John S. Oney. She is a graduate of Yale University and The Ohio State University School of Law. She worked as a senior attorney for a major sports marketing agency until she retired in 2004 and went into private practice.
She has been married twice and actively co-parented her three daughters from her first marriage. Maholm began her transition to living full-time as a woman in 2013. She is the author of several stage and screen plays and two novels: When Once I Lived (2011), and Brave in Ribbons (November, 2015). She lives in Cleveland, OH and is an active member of the local LGBTQ community.
WEBSITE:

WHERE YOU CAN PURCHASE BRAVE IN RIBBONS:
Brave in Ribbions is available on Amazon.