AUDIO Giveaway and Spotlight of Mourning Dove by Claire Fullerton

Celebrating An AUDIO Giveaway of:

Praise For The Book:

"An accurate and heart-wrenching picture of the sensibilities of the American South." Kirkus Book Reviews

"Mourning Dove is much more than genre-driven Southern fiction. It is the voice of a generation, directly speaking to the children of the Seventies who were raised by parents who did not discuss "bad things."-- Southern Literary Review

"Mourning Dove is deep thinking, rhythmic and evocative. It is a wonderful narrative with purpose, direction and an emblematic linchpin. I found myself being drawn back to it again and again. The ending was just brilliant--it must have been Fullerton's intention all along, which makes the story incredibly moving and masterful." ---Jaymi of Instagram's Suspect Nargles

"Fullerton's novel will transcend generations for this reason. It speaks to readers across different barriers in the same way that her novel oscillates. North to South. Baby Boomer, Gen X, Millennial. The hard-learned lessons she captures know no boundaries and have no mercies. Mourning Dove is a novel we not only read, but listen to as we would a teacher filled hard won wisdom." -- Review in The New Southern Fugitives ( Emery Duffy.) 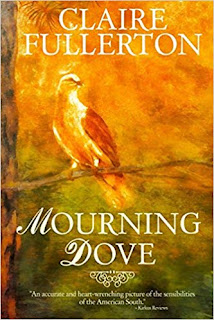 The heart has a home when it has an ally.
If Millie Crossan doesn't know anything else, she knows this one truth simply because her brother Finley grew up beside her. Charismatic Finley, eighteen months her senior, becomes Millie's guide when their mother Posey leaves their father and moves her children from Minnesota to Memphis shortly after Millie's tenth birthday. Memphis is a world foreign to Millie and Finley. This is the 1970s Memphis, the genteel world of their mother's upbringing and vastly different from anything they've ever known. Here they are the outsiders. Here, they only have each other. And here, as the years fold over themselves, they mature in a manicured Southern culture where they learn firsthand that much of what glitters isn't gold. Nuance, tradition, and Southern eccentrics flavor Millie and Finley's world as they find their way to belonging. But what hidden variables take their shared history to leave both brother and sister at such disparate ends?
**********
About the Author: 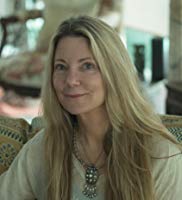 Information taken from her biography on this Amazon page.
Claire Fullerton grew up in Memphis, TN and now lives in Malibu, CA. She is the author of contemporary fiction, "Dancing to an Irish Reel," set in Connemara, Ireland, where she once lived. Dancing to an Irish Reel is a finalist in the 2016 Kindle Book Review Awards, and a 2016 Readers' Favorite. Claire is the author of "A Portal in Time," a paranormal mystery that unfolds in two time periods, set on California's hauntingly beautiful Monterey Peninsula, in a village called Carmel-by-the-Sea.
Both of Claire's novels are published by Vinspire Publishing. Her third novel, Mourning Dove, is a Southern family saga, published in June, 2018 by Firefly Southern Fiction.
She is one of four contributors to the book, Southern Seasons, with her novella, Through an Autumn Window, to be published in November 2018 by Firefly Southern Fiction.
Claire is represented by Julie Gwinn, of The Seymour Literary Agency, and can be found on WordPress, Twitter (cfullerton3) Goodreads, Instagram ( cffullerton) as well as the website under her name.
************

I am partnering with the author for this AUDIO giveaway.