Giveaway and Spotlight of In The Midnight Room by Laura McBride


IN THE MIDNIGHT ROOM

Praise for the book:


"In the opening pages of Laura McBride’s new novel, June Stein dives off the Haverstraw Bridge and straight into the reader’s imagination. I love how June, and the vivid, complicated women around her, often fail to act in their own best interests while they still win our affection and admiration.  And I love how McBride brings to life the fast-changing city of Las Vegas through their intertwined stories.  ‘Round Midnight is a passionate, gripping and beautifully written novel." (Margot Livesey, author of Mercury)

"Laura McBride reminds us of the invisible threads that bind us together as she weaves the stories of four very different women into a haunting tale of love, loss, and the power to endure. A compelling, transporting, and deeply wise novel. I was enthralled from the first page. Laura McBride is a stunning storyteller." (Patry Francis, author of The Orphans of Race Point)

"I’m not one to pull out the term “Great American Novel,” but Laura McBride’s sublime ‘ROUND MIDNIGHT demands nothing less. Gorgeous, engrossing, moving, and at times wickedly funny, this brilliant novel pulled me in and didn’t let me go until the shattering final sentence. This is the novel you need to read right now." (Joanna Rakoff, author of My Salinger Year and A Fortunate Age)

“If McBride is trying to prove...—that if you change one life, you change the world—she succeeds magnificently.” (Booklist)

"[A] jewel of a nov­el. Haunting and unpredictable, ’Round Midnight is the beautifully told story of how fates intertwine in ways we can’t plan." (BookPage)

"A dangerous romance and a captivating character make "Round Midnight memorable...illuminating...

"When Laura McBride starts a novel, her characters lead the way as she writes." (The Denver Post)

"It's not often that a work of literature is able to move its readers to slow down and savor its signifigance, coaxing them into prying open its complexities one by one with a sense of wonder and anticipation.  Equal parts intricate and graceful, 'Round Midnight accomplishes just this." (The Daily Californian)

"Redemption in doing the right thing, the solace of accepting fate, perhaps, echoes through 'Round Midnight. McBride crafts passages of sterling imagery and diction....Mostly, though, she tells an honest Las Vegas tale about life and fate, with characters, not caricatures." (Desert Companion)

"A beautiful novel about families and love and complications of human relations....Superb." (The Batavia Daily News)

"Through outstanding character development and beautifully crafted storytelling, McBride uses the stories of four seemingly insignificant women to weave her tale into the readers' heartstrings." (Deseret News)
***********
About The Book: 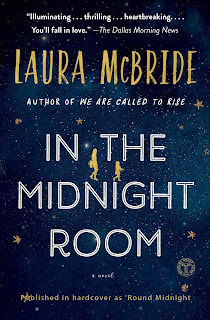 From the author of the acclaimed novel We Are Called to Rise comes a “jewel of a novel” (BookPage) about four vivid and complicated women in Las Vegas whose lives become connected by secrets, courage, tragedies, and small acts of kindness.

Fun-loving and rebellious, twenty-one-year-old June Stein abandons the safe world of her New Jersey childhood for edgy 1950s Las Vegas. For the next 60 years, June will dare to live boldly. She will upend conventions, risk her heart and her life, rear a child, lose a child, love more than one man, and stand up for more than one woman.

June’s story will intertwine with those of three unlikely strangers: a one-time mail order bride from the Philippines, a high school music teacher, and a young mother from Mexico working as a hotel maid. Knit together around June’s explosive secret, they forge a future that none of them foresee.

This jubilant, compassionate novel explores the unexpected ways that life connects us, changes us, and even perfects us. A powerful story of lust and of hope, of redemption and of compassion,In the Midnight Room is a smart, sagacious novel about womanhood, family bonds, and how we live in America now. 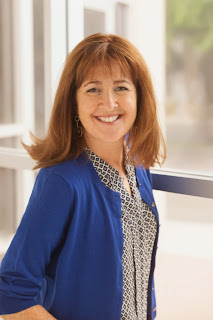 Photo Credit:  Michelle Adams
Laura McBride lives in Las Vegas and teaches composition at the College of Southern Nevada. She is the author of the novels We Are Called to Rise and In the Midnight Room.
************

I am partnering with Megan Rudloff and Simon and Schuster for this giveaway: