Celebrating The Release Of
The Trade Paperback Of:


THE GUESTS ON SOUTH BATTERY

Behind the Scenes:
The brick-walked streets of Charleston, along with its beautiful architecture and its rich history, have always charmed New York Times bestselling author Karen White.
So, when it came time for White to write a series about complicated characters with a side of spooky lore, she knew just where to set it. And so began the story of Melanie, a Charleston realtor with a special gift.
***********
About The Book: 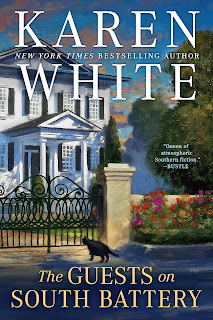 In THE GUESTS ON SOUTH BATTERY, Melanie’s maternity leave has reached its end and she is less than thrilled to return to work, especially when she's awoken by a phone call with no voice on the other end.

Melanie has the uneasy feeling that the ghostly apparitions that have stayed silent for over a year are about to invade her life once more.

But, Melanie’s return to the realty office goes better than expected, with a new client eager to sell her recently inherited home on South Battery.

Despite her stroke of luck, Melanie can’t deny that spirits have started to appear to her again.

And while she knows nothing good can come from unearthing the past, some secrets refuse to stay buried.
**********
About the Author: 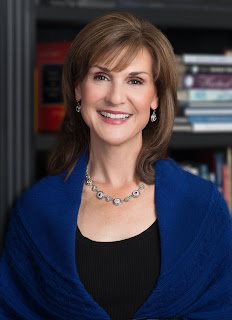 I am partnering with Tara O'Connor of Penguin Random House for this giveaway.