Spotlight of As They Are by Phyllis M Skoy 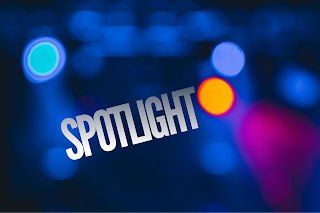 PHYLLIS M SKOY
************
ALL INFORMATION IN THIS POST IS COURTESY OF CRISTINA DEPTULA.
*************
Phyllis M Skoy's As They Are unfolds against the backdrop of Ataturk’s sweeping changes to the nation of Turkey.
It follows the story of a village girl struggling to become a woman as the decimated Ottoman Empire struggles to become a republic.
*************

PRAISE FOR AS THEY ARE:

"The most important aspect of a story or novel is the writing itself, and it is here that Skoy's book warrants the highest praise. Skoy captures the gritty pain involved in being a woman in Turkish culture-[and] the book is so well researched that the story and the characters are plausible, painful, and real." -Thomas H. Ogden, M.D., author of The Hands of Gravity, The Parts Left Out, & This Will Do

"...this story of turmoil leads us through women's servitude to the breakdown and triumph of the matriarch in a family. You MUST read this unusual and brilliant book!" -Hilda Raz, author of Letter From a Place I've Never Been: New and Collected Poems

"Set in Turkey against the background of two world wars, As They Are is a magnificent and meticulously-researched story of three generations of women and how the sufferings of one give shape to the challenges the next will endure." -Joan Schwighardt, author of RIVERS trilogy:  Before we Died, Gifts for the Dead, and River Aria

"As a Turkish reader, born and raised in Turkey, I fell Skoy depicts Turkish culture and its people with a sensibility that is genuine and that brings me back to my home." -Muhsine Aykac, M.Ed/LOTE-T Teacher

ABOUT AS THEY ARE:

Generous and ingenious, Fatma wants to give her descendants a chance at a better life, one that bears more risk than she may take for herself.
Fatma is born a child of rape, deep in the fairy cave dwellings of Cappadochia in the central Anatolia regions of Turkey.
At the moment of her birth, Mustafa Kemal (Ataturk, future founder of the Republic of Turkey), is driving Allied forces from the Gallipoli peninsula.

Set against the backdrop of Ataturk's sweeping changes, As They Are follows the story of a village girl struggling to become a woman as the decimated Ottoman Empire struggles to become a republic.
Fatma aspires to become a journalist when her life is upended by the threat of blindness.

She grapples with life-paralyzing depression that threatens her sanity after the birth of her first child. She must face the secrets that have undermined the truth about her life.

As an elder, wise woman, Fatma is the nearly blind widow of a potter, running a small empire with her sons, leading a simple life in not-so-simple times.
Yet one question remains: What would you sacrifice so that your descendants could live a better life? 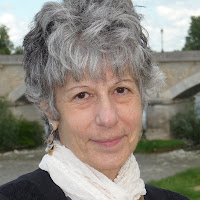 Phyllis M Skoy is the author of two novels set in Turkey, What Survives, and its prequel, As They Are.
She is currently writing the third in the series, A Coup, to complete A Turkish Trilogy.
She is also the author of Myopia, a memoir.