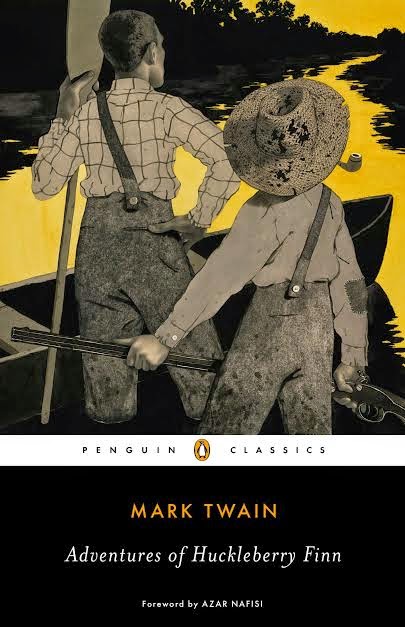 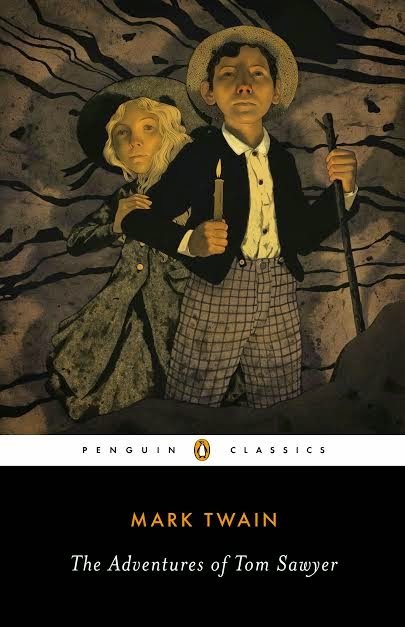 ********
Never having been out of print, one would think that new editions of Adventures of Huckleberry Finn and The Adventures of Tom Sawyer, would not be much of a reason to celebrate.
However, when R. Kent Rasmussen, Mark Twain scholar extraordinaire, pens insightful new introductions to these two classics, we sit up and take notice! And we’re extra excited to have a foreword for Huck Finn by Azar Nafisi, whose new book The Republic of Imagination examines Huck Finn as one of three books central to the American identity.
Of all the contenders for the title of The Great American Novel, none has a better claim than ADVENTURES OF HUCKLEBERRY FINN.  By turns praised, derided, banned, and celebrated, Adventures of Huckleberry Finn is Mark Twain’s enduring masterpiece, an incomparable adventure story, and a classic work of American humor.
Few books have taken so deep and enduring a hold on the American imagination as THE ADVENTURES OF TOM SAWYER. Younger readers delight in the sheer pleasure of following the rollicking, mischievous adventures of Tom, a consummate prankster with a quick wit. Yet older readers recognize the somber undercurrents lurking dangerously beneath the secure and wondrous world of boyhood. A classic that has lost neither its popularity nor its capacity to delight, Tom Sawyer is a treasure of American literature.
********
About the Authors:

Mark Twain (1835-1910) was born Samuel Langhorne Clemens in Florida, Missouri. Starting out as a typesetter, he went on to work as a steamboat pilot, prospector, and journalist before publishing his first major book, The Innocents Abroad.

R. Kent Rasmussen is the author or editor of nine books on Mark Twain, including the award-winning Mark Twain A to Z, as well as more than a dozen other books. He lives in Southern California.

Azar Nafisi is the #1 New York Times bestselling author of Reading Lolita in Tehran, Things I’ve Been Silent About, and The Republic of Imagination. A passionate advocate of books and reading, she appears regularly on major media and speaks to packed audiences around the world. She lives in Washington, D.C.

This is a USA giveaway only.


One  lucky winner will receive BOTH books.