Spotlight of Truth and Other Lies by Maggie Smith

The Devil Wears Prada meets All the President's Men.

PRAISE FOR TRUTH AND OTHER LIES:

“An engaging and topical tale of politics and journalistic ethics with a feminist slant.”—Kirkus Reviews

““What a terrific book! Twisty, timely, and rivetingly thought-provoking.

The talented Maggie Smith mines the intensity of competition, the duplicity of the human psyche, and the terrifying knowledge that with one wrong word or one wrong decision, your life can be changed forever. Smith knows her journalism stuff--the pressure, the stress and the
compulsion for the big story--and she also deeply understands the tension and conflicts women battle when their professional and personal lives are set on a collision course” ---Hank Phillippi Ryan, Emmy-winning investigative reporter and USA Today bestselling author of Her Perfect Life.

“Truth and Other Lies is my favorite kind of novel—one that tackles tough topics in a breezy, compulsively readable way. Maggie Smith is a welcome new voice in fiction.”—Camille Pagán, bestselling author of Don’t Make Me Turn This Life Around

“The political skews person in this debut, which focuses on the bonds of powerful women in the rough-and-tumble world of politics and government. Smith leads with boldness and heart from the first page.”—Jacquelyn Mitchard, author of The Deep End of the Ocean and The Good Son

“Keenly observed, tense, and smart, Truth and Other Lies has everything you want in a book and more.”—Ann Garvin, USA Today bestselling author of I Thought You Said This Would Work

“Truth and Other Lies promises three women, two secrets, and one lie and boy does it deliver, weaving serious social issues such as abortion, sexual harassment, and toxic social media with the more typical women’s fiction themes of female friendship, mother-daughter conflict, and romantic relationships. The surprise ending will leave you wishing for a sequel.”—A.H. Kim, author of A Good Family

“Expert storytelling, and a sharp exploration of the complex relationships between women --mothers and daughters, mentors and protegées, best friends and frenemies -- are at the heart of Maggie Smith’s compelling and savvy page-turner. Good thing books are calorie-free, I gobbled it down in a single afternoon.”--Karen Karbo, author of In Praise of Difficult Women

“Smith’s characters have complicated histories that overlap and interweave as they navigate the complex worlds of politics, journalism, and social media. Smith does a masterful job exploring the interplay between these issues with wit and compassion all through the lens ofa strong female protagonist."–CWA Reviews

“Truth and Other Lies and captures the essence of newsrooms, political campaigns, and Chicago itself with specific, sensory language that brings you right into the scenes. A compelling contemporary story with complicated mother-daughter relationships, fierce professional ambition, and questionable journalistic ethics, all interlaced with hot-button issues, internet trolling, mystery, and romance.”—Catherine Johns, 25-year radio host, anchor and reporter, primarily with WLS Chicago

ABOUT TRUTH AND OTHER LIES:

Megan Barnes' life is in free fall. After losing both her job as a reporter and her boyfriend in the same day, she retreats to Chicago and moves in with Helen, her over-protective mother.

Before long, the two are clashing over everything from pro-choice to #MeToo, not to mention Helen's run for US Congress which puts Megan's career on hold until  after the election.

Desperate to reboot her life, Megan gets her chance when an altercation at a campus rally brings her face to face with Pulitzer-prize-winning journalist Jocelyn Jones, who offers her a job on her PR team.

Before long, Megan is pulled into the heady world of fame and glamour her charismatic new mentor represents.

Until an anonymous tweet brings it all crashing down. To salvage Jocelyn's reputation, Megan must locate the online troll and expose the lies.

But when the trail leads to blackmail, and circles back to her own mother, Megan realizes if she pulls any harder on this thread, what should have been the scoop of her career could unravel into a tabloid nightmare.

Readers who love Jodi Picoult’s topical plot twists and Liane Moriarty’s character-driven novels will devour this fast-paced tale of three women whose lives converge as one fights a devastating accusation, anothercampaigns for a contested seat in Congress, and one, the young reporter with ties to both, navigates the tricky line between secrets and lies. 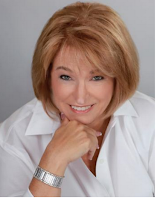 Maggie Smith's writing centers on women and the challenges they face in dealing with what life throws their way.

She's the host of the weekly podcast Hear Us Roar, where she interviewsdebut novelists for the Women's Fiction Writers Association.

She pens a monthly blog for Rocky Mountain Fiction Writers and serves as managing editor for The Write City Magazine, a literary publication of The Chicago Writer's Association.

She makes her home in Milwaukee. Truth and Other Lies is her debut novel.